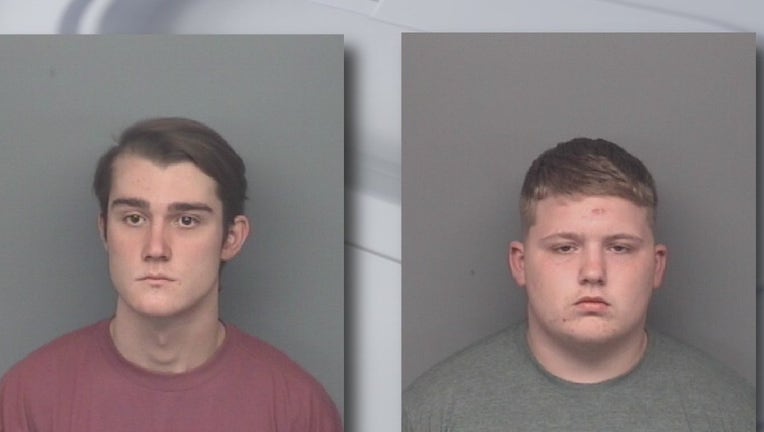 LAKE JACKSON, Texas - The Lake Jackson Police Department says two additional arrested have been made in connection with an attack on a Brazoswood High School student last week.

According to officials, 17-year-old Ayden Holland and 18-year-old Logan Huber, both from Lake Jackson, were arrested Tuesday and are charged with aggravated assault (felony 2). Another person, 17-year-old Reid Mitchell, from Clute, Texas was arrested on Monday.

The incident happened on Friday, Dec. 3 around 11:30 p.m. at a home on Cherrywood Court in Lake Jackson.

Police and EMS responded to the scene, where a male Brazoswood High School student was found beaten.

He was transported by ambulance to Memorial Herman Hospital in Houston.

This case is still an active investigation, so anyone with information is urged to contact the Lake Jackson Police Department at (979) 415-2700.