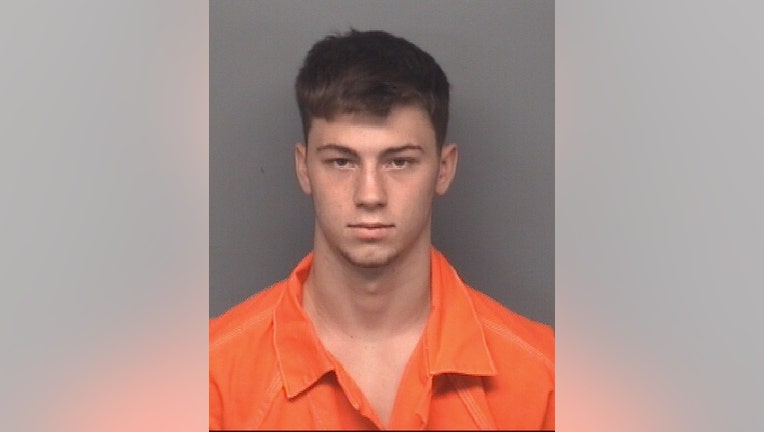 17-year-old Reid Mitchell has been charged with aggravated assault in the beating of another Brazoswood High School student.

LAKE JACKSON, Texas - A Brazoswood High School student has been arrested in the beating of another student.

The incident happened on Friday, Dec. 3 around 11:30 p.m. at a home on Cherrywood Court in Lake Jackson.

Police and EMS responded to the scene, where a male Brazoswood High School student was found beaten.

He was transported by ambulance to Memorial Herman Hospital in Houston.

The high school released the following statement to FOX 26:

"We are aware that a Brazoswood High School student was the victim of an off campus assault at a Lake Jackson residence by another Brazoswood student over the weekend. The victim is severely injured and remains in our thoughts and prayers. The student involved will not be on campus. The incident is under investigation by the Lake Jackson Police Department. If more information is discovered as a result of the investigation, we will take actions accordingly. We expect our students, staff and Brazoswood community to come together to help support the victim and family. Any retaliation or threats will not be tolerated, and students will be charged to the fullest extent of the law. This event did not occur on campus, but we will have additional police officers and counseling available for students in efforts to assist them on campus beginning Monday, December 6th."

Police say they believe to have identified all of those involved and other charges are pending.

The identity of the student victim has not been released.

This case is still an active investigation, so anyone with information is urged to contact the Lake Jackson Police Department at (979) 415-2700.