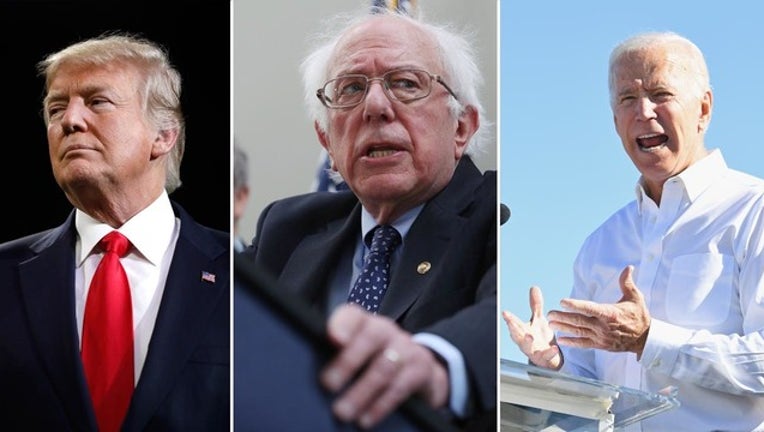 WASHINGTON (AP) - President Donald Trump is predicting that Vermont Sen. Bernie Sanders and former Vice President Joe Biden will be the final two Democrats standing in the 2020 race against him.

Looking ahead to his re-election campaign, Trump tweeted Tuesday that he believes "it will be Crazy Bernie Sanders vs. Sleepy Joe Biden as the two finalists to run against maybe the best Economy in the history of our Country (and MANY other great things)!"

Sanders is leading the crowded 2020 Democratic presidential field in fundraising so far, raising $18 million. Biden hasn't yet entered the race but is widely expected to.

Trump says, "I look forward to facing whoever it may be."

He ended his tweet with a cryptic, "May God Rest Their Soul!"