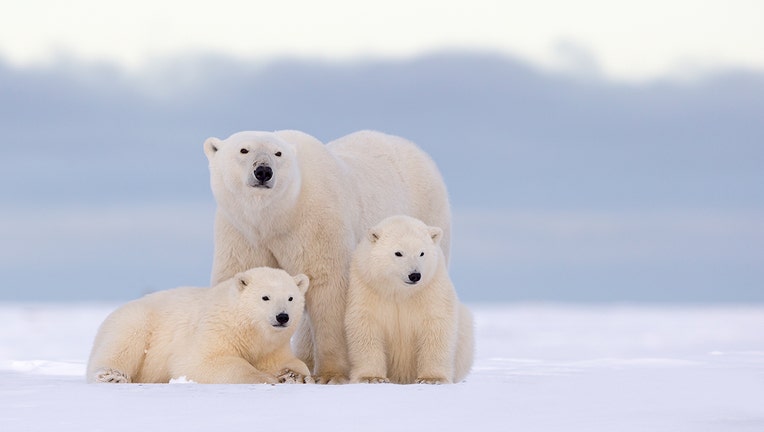 The study, titled “Seismic survey design and impacts to maternal polar bear dens,” highlights the endangered animals’ continual exposure to climate change, along with the impact of proposed oil drilling on the animals.

According to the study, the Coastal Plain of the Arctic National Wildlife Refuge in northeastern Alaska is an important maternal denning area for polar bears, but recent legislation has opened the area for potential oil and gas development.

In addition, the study found that 34% of maternal polar bear dens are situated on land that has been approved by the Trump administration for industrial activities.

JPMorgan Chase will no longer provide loans for oil and gas drilling in the Arctic, FOX Business reported

In the study, researchers sought to demonstrate how different seismic survey designs, with and without aerial den detection surveys, could affect denning polar bears during spring.

The team developed five hypothetical seismic survey designs for a portion of the coastal plain, ranging from no spatial restrictions on activities, to temporal restrictions and explicit consideration of when and where operations can occur. Then, the team evaluated how many dens might be disturbed by seismic surveys and the average distance that activity came in proximity to simulated polar bear dens.

“Our study suggests that large reductions in the probability of disturbance can occur through careful planning on the timing and distribution of proposed activities even when surveys are planned in areas with a high density of polar bear dens,” the study’s authors wrote.

The study was delayed for months by the Director of the U.S. Geological Survey (USGS) James Reilly, according to information released to the Washington Post.

According to the Post, Reilly sent an email to his staff saying the decision to delay was justified, because “he wanted to be ‘satisfied’ with its underlying science before making it public.”

Reilly, who was appointed by President Donald Trump, has faced criticism since he became director of the USGS for his treatment of climate science.

In 2019, the New York Times reported that Reilly ordered that scientific assessments use “only computer-generated climate models that project the impact of climate change through 2040, rather than through the end of the century, as had been done previously.”

The change was criticized by scientists who said new reports wouldn’t provide an accurate estimate on the impact of future climate change through the 2040 timeframe.