Scattered showers & storms look to peak today, and then decline as we work our way through the weekend. Outdoor plans need not be canceled but may have to be paused from time to time. Stay weather aware & navigate the action using our free FOX26 Weather App. Then, get ready for a big-time warmup as we head into next week. Fiona rides a little farther south, which bears a bit closer watching long-term. Remnants of Merbok set to bring major impacts to western Alaska through the weekend.

HOUSTON - If you've been following along, I mentioned several times on air Thursday that weaker storms don't tend to gain latitude. More on that a little farther down.

First, the main takeaway with Fiona currently is that its actual location is slightly farther south than originally forecast. Notice the historical track in the first image (dotted blue line) shows a downward trend? 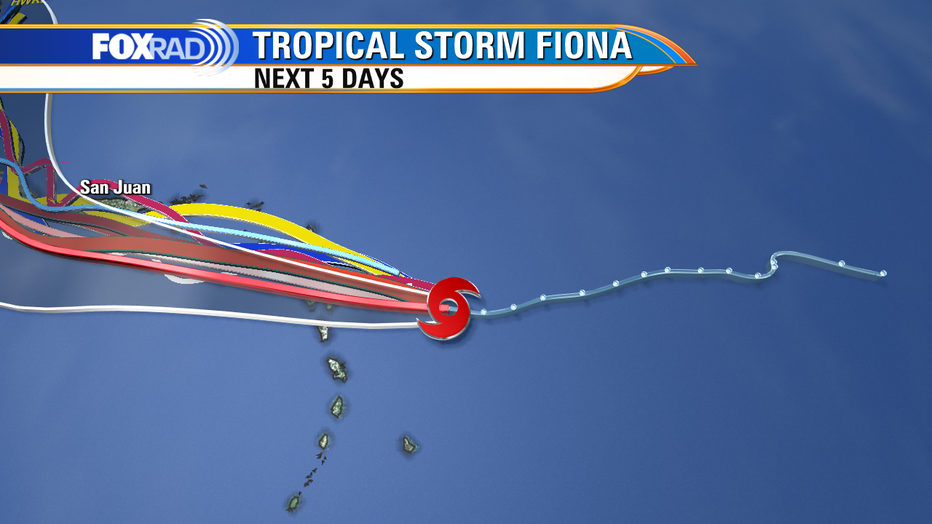 While a southward jog of ~70 miles may not seem like a big deal for a storm that is ultimately still over 1,000 miles away from the continental U.S. east coast, it can make much more of a difference in the overall outcome long-term.

So far, the official forecast cone from the NHC has shifted slightly farther south in the short-term including a new Tropical Storm warning for the island of Dominica. Models (spaghetti) are still struggling a bit to resolve that southward jog short term.

Regardless of the organization, we always focus on impacts because those are what is felt and that have not changed. Heavy rains that could lead to flooding and mudslides are still expected across the northern Lesser Antilles in addition to Puerto Rico. Tropical Storm force winds are also expected, though should be more manageable than the rain component.

Some model runs Thursday hinted toward this more south/westward track, which really isn't a surprise given the overall disorganized structure of the storm.

Back to why disorganized storms don't tend to gain latitude. They aren't strong/tall enough to get steered by upper-level winds. So their flow tends to go around more dominant nearby features, which in this case is the Bermuda high.

Notice in the first upper air image that Fiona (circled) is barely noticeable. So the storm will continue to chug along, due west over the weekend. It's not until early next week that a trough is set to move off the eastern U.S. coastline helping to push that area of high pressure a bit more out to sea that a window will open for an eventual northward turn. Alright, what's that mean? Depends on a lot of moving parts. 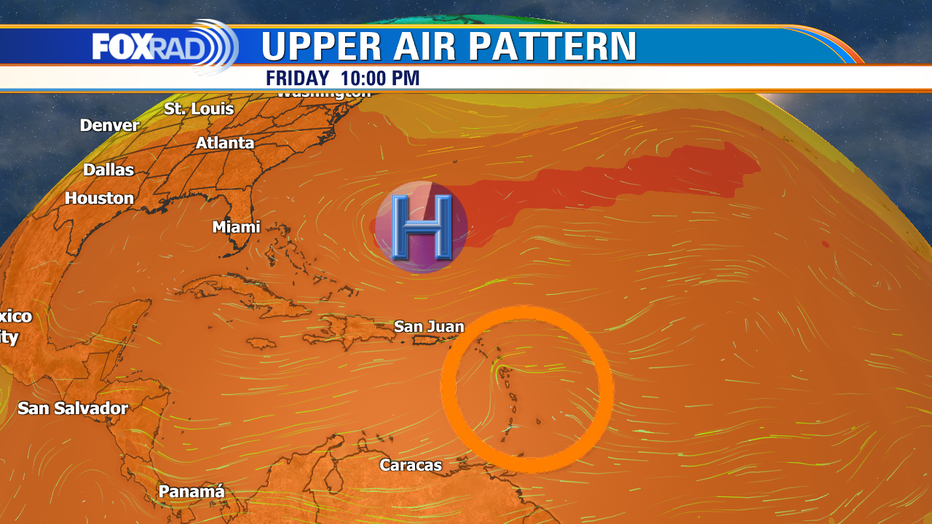 What do the land interactions do to the system? Does it emerge north of Hispaniola and re-strengthen some? Does the timeline of everything else mentioned above work out in tandem to sweep it out to sea? 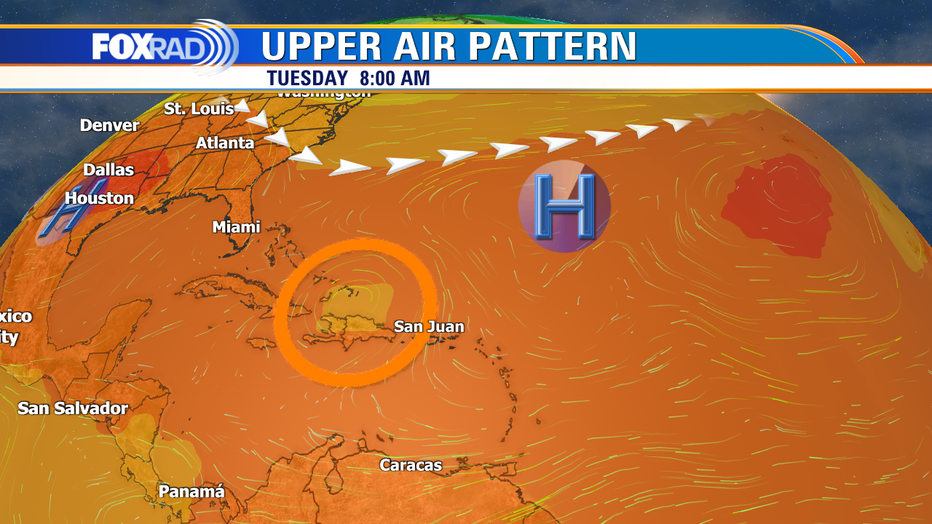 Bottom line: Is this a concern for southeast Texas? Still no, but a bit more uncertainty than previously anticipated long-term for some other folks. As of midday Friday, we are talking about a week away here, the middle-end of next week.

So, lots of time to watch things. I think it bears a bit more watching for Turks and Caicos, the Bahamas, and perhaps a bit more of an uncomfortably close pass by the southeast U.S. coastline. Although some outliers do want to pull it into the Gulf, I'm not overly concerned about that outcome.

While I can't write it off altogether just yet, it's the least likely scenario. We'll have a honking ridge of high-pressure building over the southeastern U.S. so there will be a fairly narrow window between both areas of high pressure for this to pass through.