The first named storm of the season has formed in the Eastern Pacific. Tropical Storm Agatha continues to slowly move NNW at 5 mph.

The storm is expected to rapidly intensify and strengthen into a hurricane late tonight or early Sunday. Hurricane Warnings have been posted from Salina Cruz to Lagunas de Chacahua. 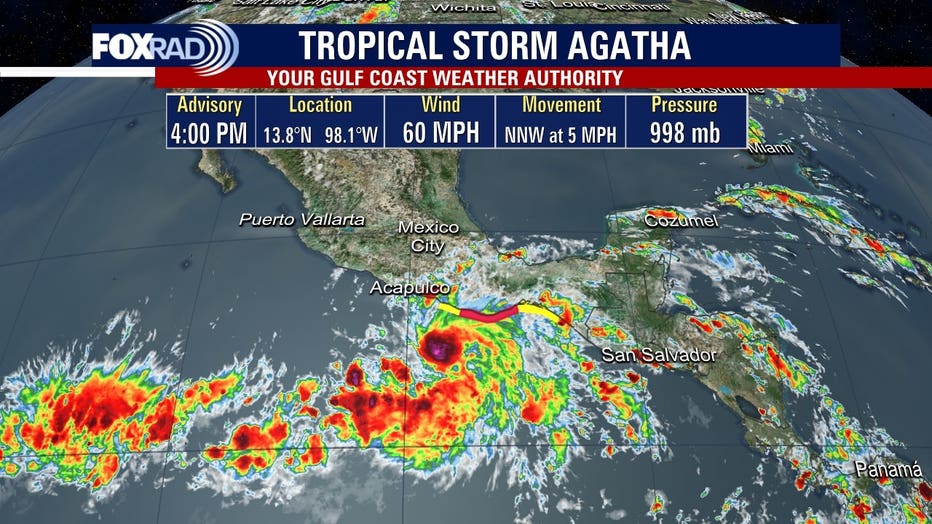 While the storm is currently in the Pacific, the system is expected to move over Mexico through early next week. The land interaction and mountainous terrain will greatly impact the system.

Depending on if Agatha can survive the trek and how much of the storm is still left, the remnants of the storm could eventually end up in the Bay of Campeche by midweek. 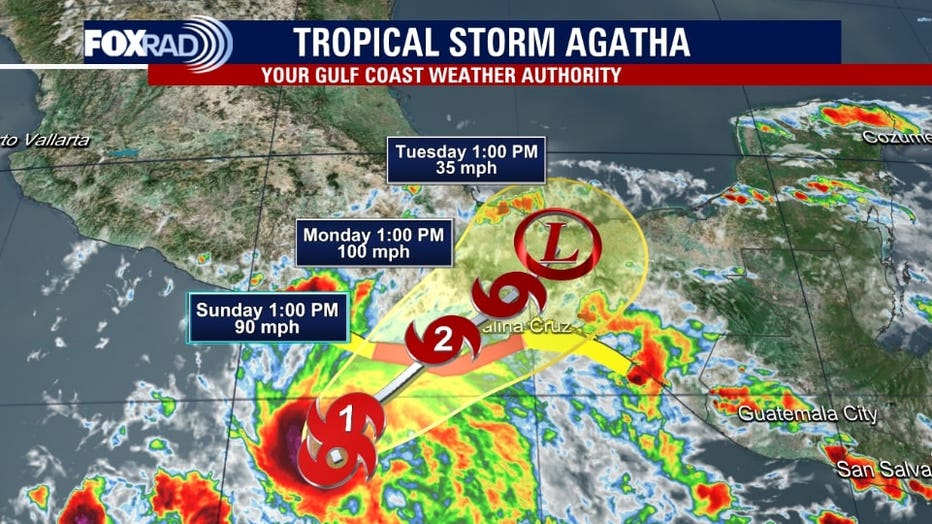 Thus, the National Hurricane Center (NHC) has outlined an area of LOW probability in the Southern Gulf of Mexico for possible development in the next 5 days. 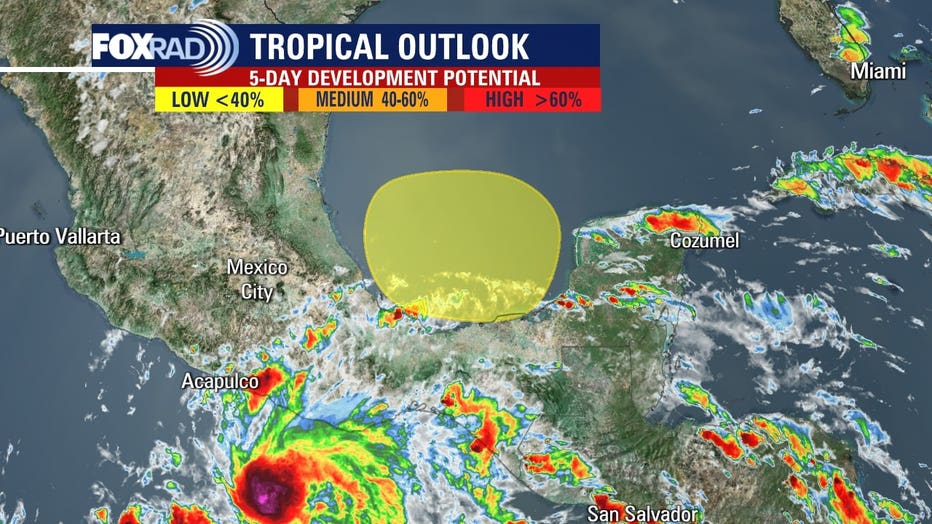 Right now, there is no cause for concern locally. If anything were to develop in the Gulf, it would likely not occur until the middle to end of next week. The FOX 26 weather team will continue to monitor the progress and keep you up to date on the very latest.

GET READY: Here’s how to prepare for hurricane season now