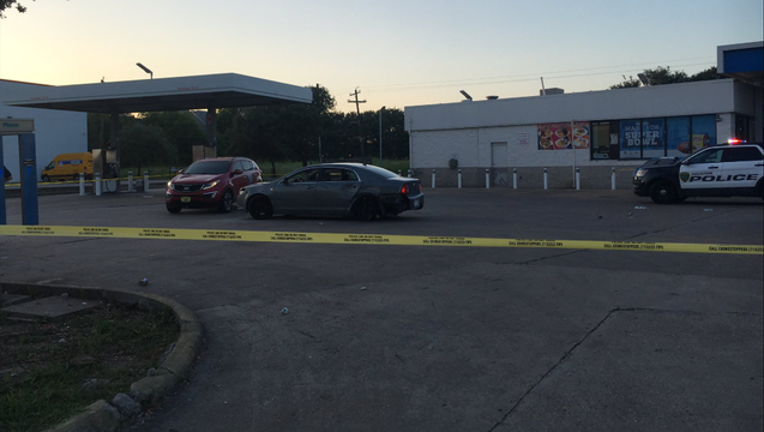 HOUSTON (FOX 26) - At about 7:30 p.m. this evening, southwest Houston patrol officers were dispatched to Almeda and South Loop on reports of a shooting.

Upon arrival, they found an adult male had been shot and transported to hospital, where  he is in surgery.

There was an incident on the South Loop, either a road rage or a hit and run accident, that led to both parties at the gas station.

Once they got there, there was a male and a female at the gas station, and a confrontation in the parking lot. At that point, the female called her boyfriend and a friend and they came to the location.

At that point, there was an altercation between the boyfriend and the male that had been involved in the incident on the freeway. That male felt threatened and fired one shot and struck the boyfriend. He had been transported to the hospital.

The male got back in his truck, felt like he was unsafe and went to another location, called us and said he had been involved in a shooting.

Statements from the girlfriend, the witnesses, and video surveillance at the gas station are being gathered by law enforcement.