An explosive device was used to get into the Irving residence and that’s when police found two deceased women and deceased male.

Police said one male and two females were found dead inside the residence in the 400 block of Renaissance Lane.

Police were called about 11 a.m. by a woman who said she was concerned about her brother. Authorities responded to the scene on a possible suicidal person call.

Police said a man went back inside as officers arrived and they subsequently heard several shots fired inside the residence.

An explosive device was used to get into the home and that’s when police found the two deceased women and deceased male.

"I do not have that information as far as the relationship, we are trying to make sure that we get everybody identified and notify next of kin," Ofc. Robert Reeves said. 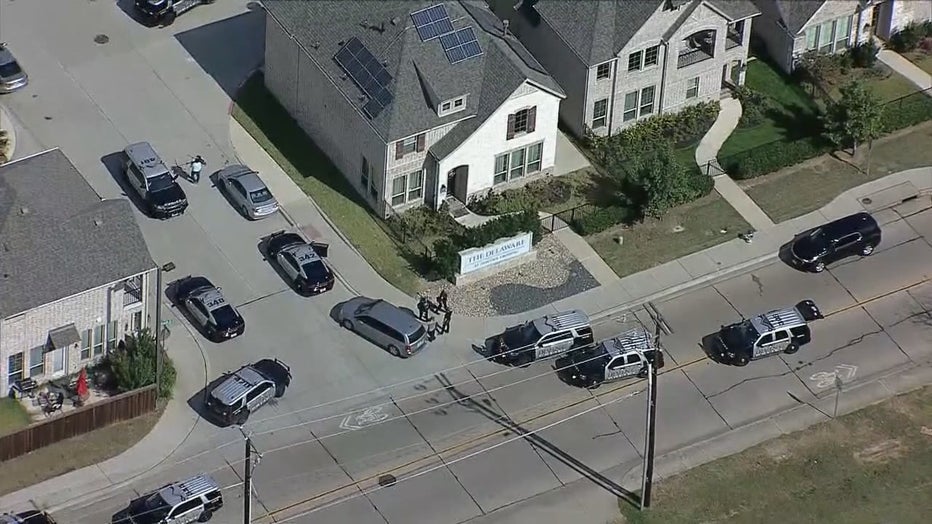 Police said there had been no previous calls to the residence. Irving police did not fire any shots during the response.

Officials said the pandemic has led to an increase in domestic violence.

“That sometimes creates for hostile situations inside the homes,” Reeves said.

Police encouraged witnesses of domestic incidents to report them to authorities with the reminder they can remain anonymous.

"Be that advocate. Don’t just say if you are in that apartment complex and you hear the people fighting, don’t just be the person that’s I’m not going to get involved. You may be the only person who can save that individual’s life," Reeves said.