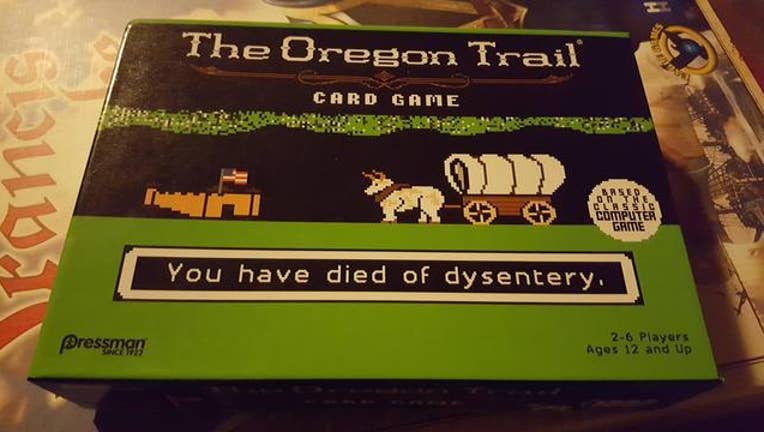 "The Oregon Trail" was once found in classrooms across America, and now the popular video game is staging a comeback.

A Reddit user recently posted photos of a card game adaptation on sale at Target in Portland, Oregon.

Target spokesman Lee Henderson later confirmed that "The Oregon Trail" will be available for $14.99 at stores nationwide on July 31, FOX 59 reported.

The game was first created in 1971 by three teachers to help school children learn about the realities of 19th century pioneer life.

Kids across the country soon became accustomed to electronically losing their friends and family to dysentery, measles and snake bites.