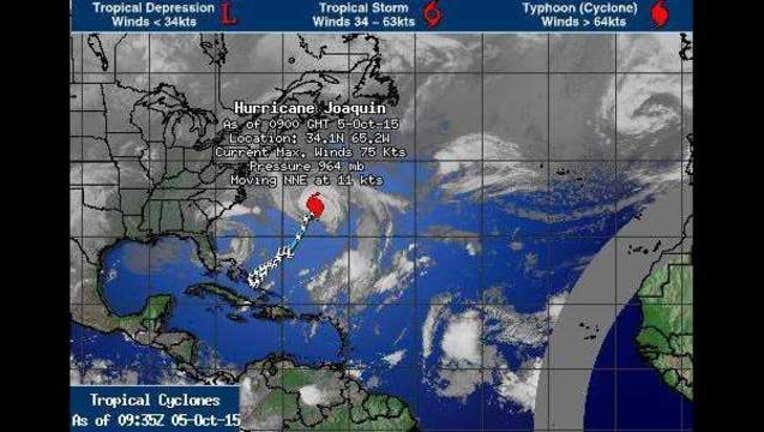 JACKSONVILLE, Fla. (AP) — The latest on the search for a U.S. cargo ship carrying 33 people that has been missing since it encountered high winds and heavy seas from Hurricane Joaquin. All times local:

The Coast Guard says a ship that went missing during a hurricane off the Bahamas sank, but the search continues for the 33 people on board.

Rios says Coast Guard cutters and aircraft and a U.S. Navy plane continued searching the Atlantic Ocean for the missing crew. The ship's owners say it carried more than enough lifeboats and rafts for the crew.

Earlier, a container, pieces of another container and a life ring from the El Faro was recovered. An oil sheen also was spotted.

The Coast Guard is beginning its fifth day of searching near the Bahamas for a U.S. cargo ship carrying 33 people missing since it encountered Hurricane Joaquin.

Searchers have found debris and clues but no definitive word on the fate of the vessel or those on board.

The vessel's owner said a container that appears to have come from the ship was found and a debris field was found that included what appeared to be pieces of container. Searchers also spotted an oil sheen and found a life ring from the El Faro.