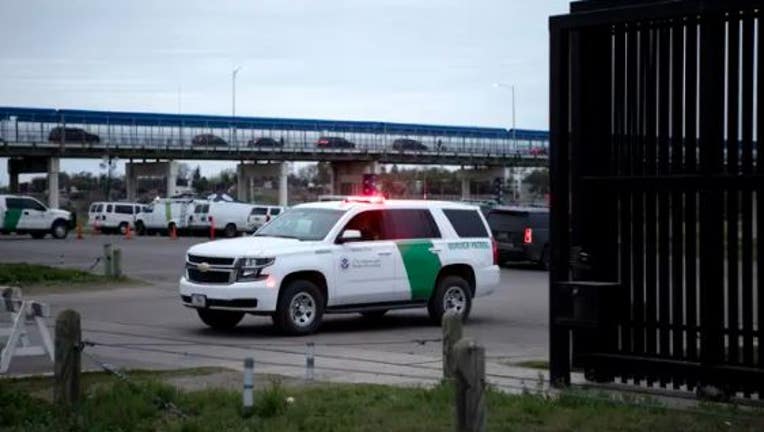 The Texas Department of Transportation is set to pay $25 million for a concrete barrier along the border in Eagle Pass. The effort is part of Gov. Greg Abbott’s push to reduce illegal crossings into the country. Credit: Miguel Gutierrez Jr./The Texas

The Texas Department of Transportation is set to pay nearly $25 million for the construction of a nearly 2-mile concrete barrier along the border in Eagle Pass, giving the first glimpse into the potential cost of a state-funded border wall pushed by Gov. Greg Abbott.

Under the project, the state has also contracted for a temporary fence near the right of way along State Loop 480, which the Department of Public Safety has designated a high-traffic area for illegal immigration. The region has seen an increase in illegal border crossings in recent years.

The fence, construction of which Abbott has touted online, cost the state $280,000. The contract also paid for clearing of vegetation around the area where the barrier will be built.

The remainder of the $25 million estimate will go into a concrete barrier along the same right of way that will be able to remain permanently or be relocated if needed, said Ryan LaFontaine, a spokesperson for the transportation department. The work is scheduled to be completed in December.

The money for the wall is being taken from the transportation department’s maintenance division budget. LaFontaine said the department anticipates reimbursement but had no information on where that reimbursement would come from.

Renae Eze, a spokesperson for Abbott, said the construction is part of three initiatives done in conjunction with Operation Lone Star, the governor’s effort to secure the border: "building a border wall, utilizing strategic barriers, and erecting temporary fencing."

The transportation department’s contract, she said, is part of the effort to build strategic barriers.

"A $25 million contract was awarded to a company to build a barrier at the border on state land that the Texas Department of Public Safety identified as a high traffic area for illegal immigration," she said. "DPS has also been working with Texas Military Department engineers to identify locations for temporary fencing as a deterrent to illegal immigrants entering Texas.

"It’s clear from the Governor’s announcement that these are all separate and unique projects as part of his overall border security plan to protect Texans and our state," she said.

Abbott announced his plans for a state-funded border wall in June after declaring a state of disaster at the border because of an increase in illegal immigration. That month, Abbott said he would transfer $250 million from the Texas Department of Criminal Justice’s 2023 budget to the Texas Facilities Commission to be used as a "down payment" for the border wall. The Texas Department of Criminal Justice also said it expects to be reimbursed.

Abbott acknowledged that the wall, which he believes could extend for hundreds of miles, could cost more than $250 million but said the state would pay for it. He also launched a state fundraising campaign, which has raised about $936,000 in private donations over the last two months.

At the cost that TxDOT is incurring to build the Eagle Pass concrete barrier, $250 million would build about 20 miles of wall. Texas has about 1,000 miles along its border with Mexico where no barrier has been built.

Abbott has moved quickly to erect what he’s called a "border barrier." By July 20, the state had already stood up a temporary fence in Eagle Pass that would make it easy for state law enforcement to arrest migrants who crossed it on charges of criminal trespassing — another part of his effort to slow down migrant crossings.

That speedy construction was made possible by the transportation department’s emergency contract process, which expedites the awarding of the contract and reduces the number of bids the state must consider before issuing the contract.

The rest of the border wall will likely take longer to build. Abbott ordered the Texas Facilities Commission to hire a program manager to oversee the procurement of contracts. Hiring for that position is following the state’s purchasing requirements, and the application closes Aug. 20. More than one program manager may be hired.

After that, the program manager will determine how many miles of wall will be built and what the cost should be. The contracting and construction process would then take months, at least, if it follows the state’s regular purchasing requirements.