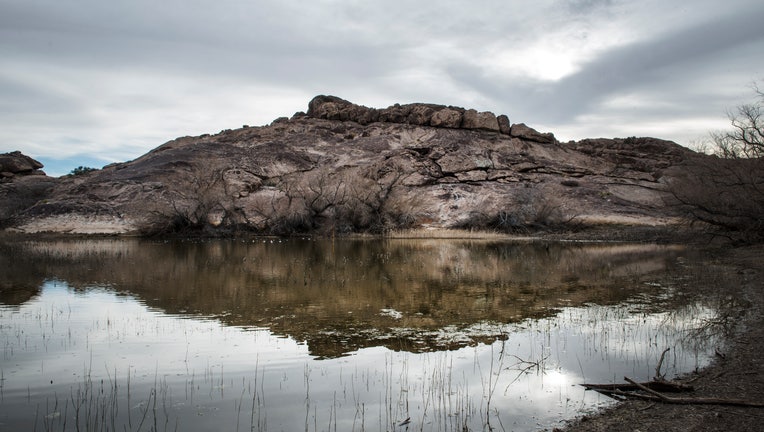 EL PASO, Texas - As Texas took its first steps Sunday toward reopening — starting with state parks — caveats in the plan popped up in the massive state’s far western corner, where the spread of coronavirus is showing no signs of slowing.

“The reopening of El Paso is contingent on the rate of infection and residents complying with the current Stay Home Order,” Margo said in a statement. “Until we see a consistent decrease in our positive cases, we will not be ready to lift restrictions.”

El Paso’s exceptions hint that future openings of government services and businesses will be complicated, fraught with stipulations based on local conditions in Texas and beyond.

At least 18,923 people have tested positive for the new coronavirus, according to the Texas Department of State Health Services, an increase from about 18,200 cases the day before. The number of people who have died from COVID-19, the disease caused by the virus, is now at least 477.

For most people, the coronavirus causes mild or moderate symptoms, such as fever and cough that clear up in two to three weeks. For some, especially older adults and people with existing health problems, it can cause more severe illness, including pneumonia.

Future decisions on reopening more of Texas would be guided by testing, Abbott said, and although he assured that testing would “go up quite a bit” in late April or early May, he did not provide a number.

Texas ranks last in the U.S. in coronavirus testing per capita, according to an analysis by The Associated Press of data collected by The COVID Tracking Project.

Margo has appeared visibly frustrated in news conferences in recent weeks after reports of residents flouting social distancing guidelines have streamed in, with over 300 reports of social gatherings and unauthorized businesses open over Easter Weekend in the city of about 700,000 residents.

In recent weeks, the desert has bloomed with yellow flowers and the usually barren hills of the Franklin Mountains are tinted green. Runners and bike riders want to flock to open spaces there and rock climbing-mecca Hueco Tanks as temperatures sit in the 70s before the scorching summer hits.

Dave Strasser, 62, of El Paso, rode a bike near a locked gate at Franklin Mountains on Sunday.

“I can’t just stay at home in my house, man. I got to get out here and purify my soul,” Strasser said, adding that he supports social distancing requirements. But he feels that police enforcement of the ban on parks is an overreach.

“I mean I got a better chance of getting hit by a car then dying from the virus,” he said.

A few hundred conservative activists demonstrated Saturday to call for an end to social restrictions a day after Abbott announced his plan for easing them. The rally at the state Capitol in Austin was one of several that small-government proponents and supporters of President Donald Trump have held or plan to throughout the country. Trump took to Twitter this week to urge supporters to “LIBERATE” states led by Democratic governors.

Abbott is a Republican. He said this week that more stores can start selling items for curbside pickup and that doctors will be able to begin performing elective surgeries.