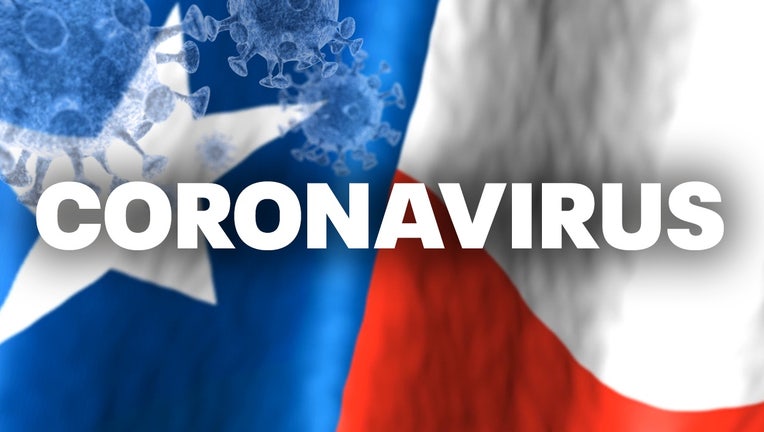 AUSTIN, Texas - Texas hit a new record of COVID-19 hospitalizations Monday, smashing the previous high mark set in July, as the state continues to slowly give its first round of vaccines.

At least 11,351 people were hospitalized with the disease caused by the coronavirus — more than 450 patients beyond the previous one-day record of 10,893 of hospitalizations, set July 22 during a summer surge.

The current mark is an increase of nearly 2,500 more patients since the end of November.

Texas is nearing 27,000 virus-related deaths to date, according to researchers from Johns Hopkins University, which has been at the forefront of the global response to COVID-19. That death count is the second highest in the country overall.

Health officials in Austin announced that the capital city’s police officers would be getting vaccines starting Monday.

Priority would be given to Austin officers who are older than 65 or are at higher risk due to medical conditions, Escott said.

"Those police officers are often the first first-responders," Escott said during a news conference, adding that law enforcement provides support to firefighters and other emergency personnel.

Texas, like many other places, is still delivering its first round vaccinations to healthcare workers, EMTs and residents of long-term care facilities.

The general public is likely to be waiting for months to get the shots.

Hospitals in Austin are not yet overwhelmed, Escott said, but he continued his warnings for people to stay home and avoid gathering with large groups.

Some bars have reopened as restaurants thanks to a "loophole," Escott said, and he asked the businesses to consider closing to avoid putting more people at risk.

Texas Gov. Greg Abbott has closed most of the state’s bars while allowing most other businesses to reopen, though some bars have been able to get new local licensing for food service, while still serving alcohol.