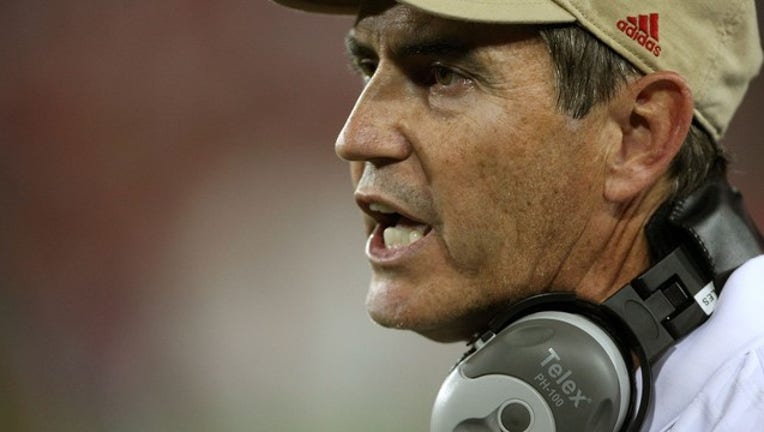 HOUSTON (FOX 26) - Art Briles, the former Baylor football coach who was fired three years ago amid a sexual assault scandal at the Baptist school, has been hired to lead an East Texas high school program.

Mount Vernon superintendent Jason McCullough announced Friday the board of trustees had approved a two-year contract with Briles, who was 65-37 in eight seasons with Baylor. Before coaching in college, Briles had a successful 20-year career as a high school coach in Texas.

"We are pleased to welcome Coach Briles back home to Texas," McCullough said in a statement. "He brings with him a wealth of not only football experience but also life experience. He is passionate about investing in the lives of young people and helping them to succeed both on the field and in life. After a thorough due diligence process and several earnest conversations, we believe our students will benefit greatly from his skills and experience."

Briles has not been able to land a job in coaching in the United States since being let go by Baylor. Southern Mississippi coach Jay Hopson wanted to hire Briles as offensive coordinator in February, but the school's athletic director quashed the idea. He was hired as an assistant by Hamilton in the Canadian Football League in 2017, but after public backlash the Tiger-Cats quickly rescinded the move.

Briles was hired in 2018 to coach a team in Florence, Italy.

"High school football is a Texas institution. As a coach, it's my first love. You'll make no bigger impact in this world than when you shape the lives of young people - one practice, one game, and one life at a time. I am excited to be coaching at Mount Vernon this fall," Briles said in a statement.

Briles won four state championships at Stephenville in the 1990s, the last in 1999 before joining Mike Leach at Texas Tech. Briles was head coach at the University of Houston from 2003-2007, going 34-28 before taking over at Baylor.

Mount Vernon has never appeared in a state championship game, according to Texas Football magazine.

The 63-year-old Briles, who led the Bears to consecutive Big 12 titles in 2013 and 2014, was fired after an external investigation revealed in May 2016 that Baylor had for years mishandled numerous sexual assault allegations by students, including some against football players.

Briles has insisted he did not cover up reports of assaults by players, and that he encouraged women involved in the alleged incidents to go to the police.

Baylor is still waiting for the outcome of an NCAA investigation into the school's conduct.