Polls are open: Texans voting for governor this Election Day

Texans will be voting for Texas governor among other statewide and local races. Voters can cast their ballot between 7 a.m. and 7 p.m.

AUSTIN, Texas - This Election Day, Nov. 8, voters will decide who will serve as Texas’ governor for the next four years.

As the chief executive of the state, the governor’s duties include making policy recommendations, signing and vetoing bills passed by the legislature and appointing the leaders of some state agencies.

MORE: Election Day guide: What you need to know to vote

Greg Abbott is running for a third term, while his challengers are vying to flip a position that has been held by Republicans since 1995.

Those running for Texas’ top stop also include Democrat Beto O’Rourke, who is making a third run for office in as many election cycles, Libertarian Mark Tippetts, and Delilah Barrios for the Green Party.

Here’s a closer look at the candidates and where they stand on some hot-button issues. 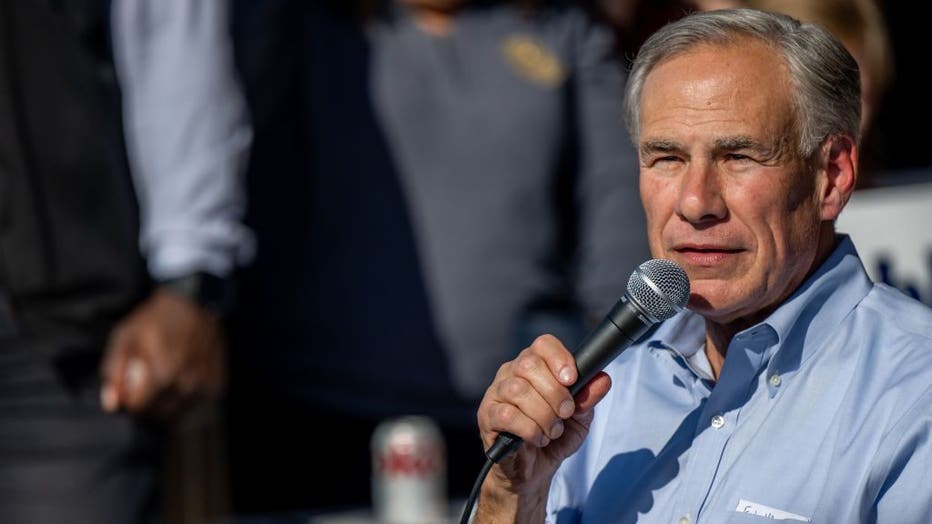 KATY, TEXAS - OCTOBER 27: Texas Gov. Greg Abbott speaks during a 'Get Out The Vote' rally at the Fuzzy's Pizza & Italian Cafe on October 27, 2022 in Katy, Texas. (Photo by Brandon Bell/Getty Images)

Incumbent Greg Abbott is currently serving his second term as governor after first being elected to the position in 2014.

Abbott graduated from the University of Texas at Austin and then earned a law degree from Vanderbilt University Law School. Before being elected governor, Abbott also served as Attorney General of Texas, a Texas Supreme Court justice and a state district judge in Harris County.

According to Abbott’s campaign website, he aims to keep Texas "safe and secure, encourages greater job growth, reins in skyrocketing property taxes, elevates our education system, takes care of our veterans, and reforms government to unleash the full potential of our great state."

His platform also calls for "defending the 2nd Amendment." As governor, Abbott has loosened firearms restrictions. Just last year, he signed "permitless carry" into law which gives most people in Texas aged 21 and older the option to carry a handgun in most public places without a permit.

In the wake of the Uvalde elementary school mass shooting in May, some victims’ families have demanded the governor raise the minimum age to purchase an AR-15-style rifle like the one used in the shooting from 18 to 21 years old.

During a gubernatorial debate in September, Abbott said his hands are tied when it comes to altering the law on so-called assault weapons.

"It is unconstitutional for a state to raise the age from 18 to 21 for a person to buy an AR-15," said Abbott.

According to his campaign website, Abbott pledges to "continue to fight any federal government overreach" when it comes to gun rights.

Abbott’s platform also calls for "protecting the unborn" – with abortion on voters’ minds this year following the overturning of Roe v. Wade and the subsequent ban in Texas.

In July 2021, Abbott signed the so-called "trigger law" which would ban all abortions from the moment of fertilization if the Supreme Court ruled to overturn Roe v. Wade, which happened this summer. The law makes an exception only to save the life of a pregnant patient or prevent "substantial impairment of major bodily function," but makes no exceptions for cases of rape, incest, or severe fetal abnormalities.

During the debate in September, Abbott spotlighted his actions taken on the Texas border. Abbott boasted about a $4 billion operation that has included migrant jails and buses to New York, Chicago and Washington and criticized President Joe Biden by name.

He did not say where Texas would next send buses that have refocused the race on immigration but defended the destinations to some of the nation’s largest Democratic-led cities as practical and not political. 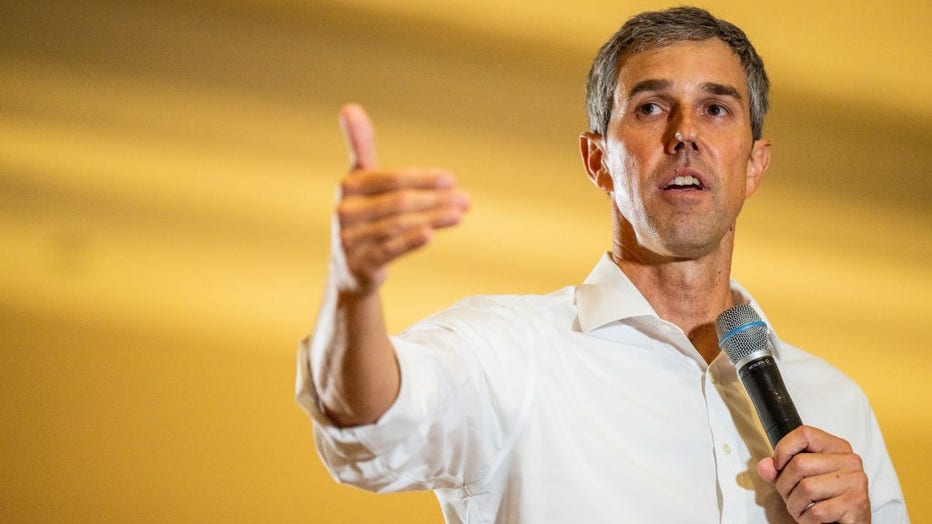 He was elected to the U.S. House of Representatives in 2012 and served six years.

In 2018, he ran for U.S. Senate but lost to incumbent Republican Sen. Ted Cruz by less than 3 percentage points.

According to his campaign website, O’Rourke has plans to "fully fund public schools," expand Medicaid, lower property taxes, create high-paying jobs and legalize marijuana while expunging the records of those arrested for marijuana possession.

During the debate in September, O’Rourke pledged tighter gun laws and accused Abbott of doing little to stop another school massacre like the shooting in Uvalde.

"It's been 18 weeks since their kids have been killed, and not a thing has changed in this state to make it any less likely that any other child will meet the same fate," said O'Rourke.

According to O’Rourke’s campaign website, he is "proud of Texas’ long tradition of responsible gunownership" but wants to change "how easy it is for people to use firearms irresponsibly" in Texas.

"And while it might not be the easy or politically safe thing to say, I don’t believe any civilian should own an AR-15 or AK-47," his campaign website states.

He also calls for other "commonsense solutions that most Texans agree on" like closing the private sale background check loophole, an effective red flag law system, safe storage and child access prevention laws, and stronger domestic violence reporting laws, according to his campaign website.

On the hot-button issue of reproductive choice, O’Rourke pledged during the debate to restore it. His campaign website states he will use "every tool available to repeal Abbott’s dangerous abortion ban" and vows to veto "any future legislation that seeks to further control women," like limiting access to contraception.

During the debate, O'Rourke called the billions of state dollars spent on border security wasteful.

"What we need is a safe, legal, orderly path for anyone who wants to come here to work, to join family, or to seek asylum," said O'Rourke.

According to his campaign website, Mark Tippetts is an international legal and business consultant for those who own property or do business in Mexico and Latin America. He served as a council member in Lago Vista, Texas, in 2017.

Tippetts supports school choice, legalizing marijuana and advocates for "the reduction of taxation to the lowest feasible level."

On his website, Tippetts also calls for the enactment of a "good comprehensive immigration policy, making it easier for honest, hardworking people to come work and live here legally."

Tippetts also opposes mandates and says businesses, churches and other organizations should be able to set their own health and safety policies, while people have the choice of where to do business.

According to her platform, healthcare is Delilah Barrios’s top concern. She says it will be her "priority to do whatever it takes to ensure medical care to every citizen of our great state."

Barrios also calls for a raise in the minimum wage to $20/hr and a basic income guarantee.

"What I believe is that if you cannot work, and happen to be on disability for example you should have enough money to support yourself,"  her campaign website states. "Ideally we will offer supplemental income to people to help them with necessary expenses to include: shelter, food, water, internet, and transportation."

Barrios also views abortion as medical care and says "any attempts to discourage, discriminate or prevent access to necessary care will be penalized," according to her campaign website.