Erica Allen was murdered by her husband in her neighbor’s driveway in League City Wednesday night, according to police who says Nicholas Allen then turned the gun on himself.

Erica was the principal of Heights Elementary where students left bouquets with handwritten notes in her honor Thursday. 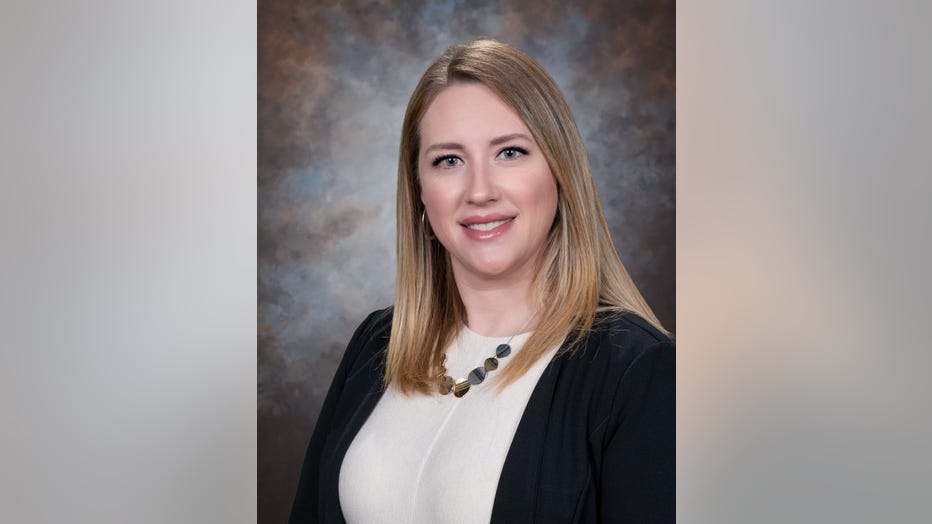 "Shock—couldn’t believe it," said Bill Marshall, who worked with Erica on a history program for her students.

He’s part of a Texas City community left stunned to learn their Heights Elementary school principal has been murdered.

Neighbors at the crime scene on Westwood Drive were seen Thursday hosing down the driveway where the shooting happened. Brandon Schilter told FOX 26 he heard the shooting outside his home and called 911.

"Heard what sounded like a gunshot while watching some TV," said Schilter who directed dispatchers on where to go. "I was able to get up in the second story of my house to get a vantage point over here."

Neighbors say the couple and their two children—age 7 and 2–lived in League City for the past three years, in between the two school districts where they worked.

Uhaul boxes in their front yard are evidence of the couple’s plan to move out. Neighbors say their last day in the house was supposed to be Friday.

"They’d come over," said Schilter. "We’d have barbecues and drink beer together. We’d have fires in the fire pit. Totally blown away."

FOX 26 covered Erica Allen’s school for several years, airing her speech to students at Heights Elementary in 2018 while she hosted the "Adopt A Veteran" program, a living history project for her third graders created by Bill and Karyn Marshall.

"When Mrs. Allen came on board, we met with her, and it was like, ‘I want the program here, and I will do everything I can to support it,’" recalls Bill. "And she did. She was a wonderful person to work with, and this is a shock to everybody—what happened."

Texas City ISD released a photo of the 35-year-old principal, saying they are devastated, adding Mrs. Allen was a caring instructor who started out as a math teacher.

Police say her 40-year-old husband, Nicholas Allen, killed her before turning the gun on himself. He was an assistant principal at Wells Middle School in Spring ISD. The school district spokeswoman told FOX 26, they are devastated and shocked and their thoughts are with the couple’s children and family "as they face overwhelming grief and sorrow in the days ahead."

"Both sides of the family are dealing with it, so my prayers go out to them," said Schilter.

League City Police have not said what may have led up to the shooting.

Texas City ISD sent a letter to parents of students at Heights Elementary, encouraging them to break the news as best they can to their children who knew Mrs. Allen. The school district is also providing counselors to students and staff for as long as needed.