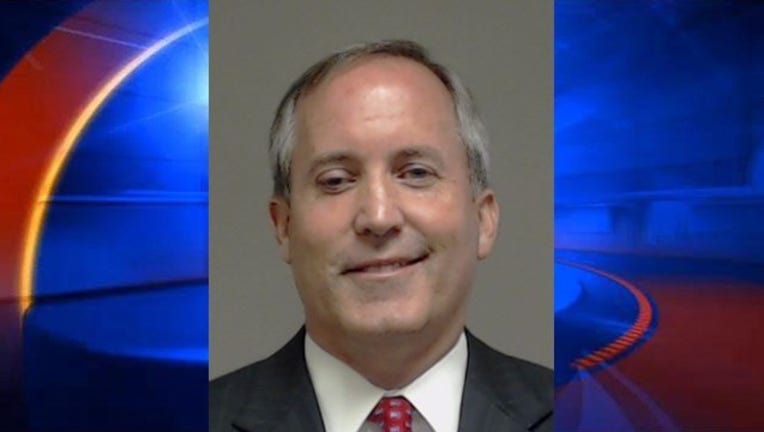 McKINNEY, Texas (AP) -- Texas Attorney General Ken Paxton turned himself in Monday to face charges that he misled investors and didn't disclose money he made for referring financial clients as part of his private business before becoming the state's top lawyer in January.
Paxton, a 52-year-old Republican, was fingerprinted and photographed at the Collin County jail while a throng of media waited outside. It was a frenzy reminiscent of one year ago when then-Texas Gov. Rick Perry -- who was also still in office -- was booked after being indicted on charges of abusing his power with a 2013 veto.
Neither Paxton nor his attorney commented on the matter after news of the indictment leaked over the weekend. Other top Texas Republicans have also remained silent, including Gov. Greg Abbott, who last held the attorney general job, and Sen. Ted Cruz, a Republican presidential candidate and the state's one-time solicitor general.
Just as Perry was allowed to finish his term after his indictment, Paxton can stay on the job while his criminal case proceeds.
The booking documents released Monday by the jail in Paxton's hometown of McKinney, a Republican stronghold near Dallas, show that he faces with two counts of first-degree securities fraud and a lesser charge of failing to register with state securities regulators. Each of the fraud counts carries a punishment of five to 99 years in prison.
Questions about Paxton's financial dealings shadowed the tea party conservative throughout his first seven months on the job. His aides have denied any wrongdoing by Paxton and described the criminal investigation led by two special prosecutors as a political smear campaign.
Among the allegations is that Paxton encouraged investment in Servergy Inc., a tech startup under investigation by the Securities and Exchange Commission. The Associated Press last month reported the connections between the company and Paxton, who listed himself as a shareholder and whose name is among search terms that Servergy attorneys used to satisfy a federal subpoena.
In the middle of last year's heated Republican primary, Paxton admitted to violating state securities law by not disclosing to regulators that he was receiving commissions for referring law clients to a financial planner. He paid a $1,000 fine and chalked it up as an administrative oversight.
Paxton joins other current or recent state attorneys general facing criminal charges.
A Pennsylvania grand jury in January recommended that state Attorney General Kathleen Kane face charges over allegations of engaging in a cover-up and lying about her role in a grand jury leak to a newspaper. Kane, a Democrat who took office in 2013, has not been charged and has denied breaking any laws. Utah's previous two attorneys generals were also arrested last summer on charges of running pay-to-play schemes during their combined 13 years in office.
------