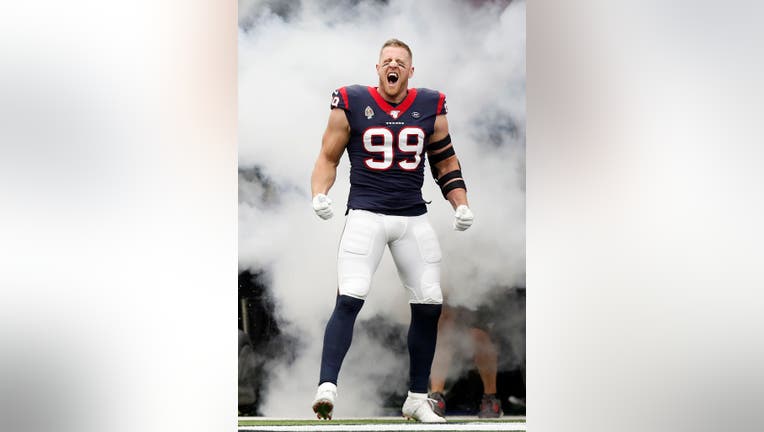 HOUSTON, TX - OCTOBER 27: J.J. Watt #99 of the Houston Texans is introduced before the game against the Oakland Raiders at NRG Stadium on October 27, 2019 in Houston, Texas. (Photo by Tim Warner/Getty Images)

HOUSTON - Defensive end J.J. Watt has been added to the active roster and is set to play in Saturday's game against the Buffalo Bills.

Watt returned to practice with the Houston Texans on Tuesday, clearing the way for the star defensive end to play in the team's playoff game in two weeks.

Watt had been out since Oct. 27 after tearing a pectoral muscle, an injury that required surgery.