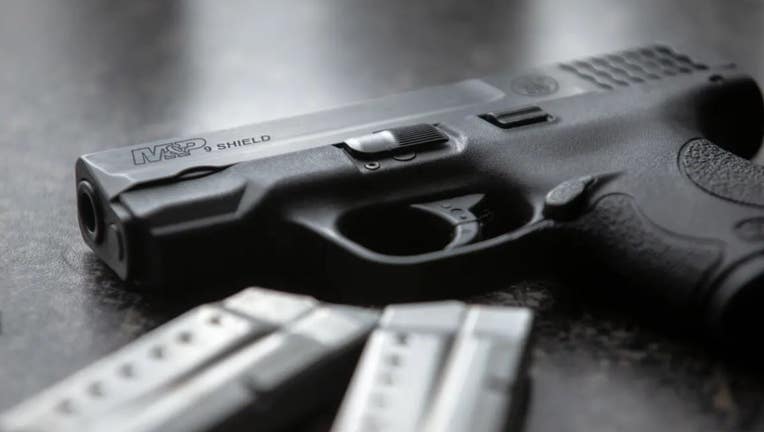 House Bill 1927 eliminates the requirement for Texas residents to obtain a license to carry handguns if they’re not prohibited by state or federal law from possessing a gun. Credit: Evan L'Roy/The Texas Tribune

AUSTIN, Texas - EDITOR'S NOTE: The original headline to this story was shortened for length.

Texans can carry handguns without a license or training starting Sept. 1, after Gov. Greg Abbott on Wednesday signed the permitless carry bill into law.

House Bill 1927 eliminates the requirement for Texas residents to obtain a license to carry handguns if they’re not prohibited by state or federal law from possessing a gun. The signing of the bill seals a win to conservative activists who have long sought the measure without success.

Abbott, Lt. Gov. Dan Patrick and other Republicans who were initially noncommittal about the bill were under immense political pressure this session from conservatives and gun rights advocates, who have long lobbied the Texas Legislature for permitless carry but historically struggled to win support.

Before approving the bill, the Senate tacked on several amendments to address concerns by law enforcement groups that opposed permitless carry, worried it would endanger officers and make it easier for criminals to get guns.

The compromise lawmakers reached behind closed doors kept intact a number of changes the Senate made to the House bill, including striking a provision that would have barred officers from questioning people based only on their possession of a handgun.

The deal also preserves a Senate amendment enhancing the criminal penalties for felons and family violence offenders caught carrying. Among other Senate changes that made it into the law was a requirement that the Texas Department of Public Safety offer a free online course on gun safety.

Proponents of what Republicans call "constitutional carry" argued that Texas should follow the lead of at least 20 other states with similar laws on the books. Meanwhile, gun control advocates are disappointed the Legislature made it easier to carry firearms after repeated instances of gun violence — including the 2019 massacres in El Paso and Midland-Odessa that left 30 people dead.

A solid majority of Texas voters don't think permitless carry should be allowed, according to an April University of Texas/Texas Tribune Poll.

Before the permitless carry law was signed, Texans generally needed to be licensed to carry handguns openly or concealed. Applicants had to submit fingerprints, complete four to six hours of training, and pass a written exam and a shooting proficiency test. Texas does not require a license to openly carry a rifle in public.

The permitless carry movement saw a breakthrough in April when the House passed HB 1927. Patrick initially said the Senate did not have the votes for permitless carry, but he created a new committee, referred HB 1927 to it and got it to the floor, where it passed in early May.

Some Democrats and state lawmakers from El Paso have denounced the bill, which came during the first legislative session since the 2019 massacres. Abbott and Patrick softened their tones on gun control after those shootings but have been quiet on the issue since.

In 2019, Abbott swore to do "everything we can to make sure a crime like this doesn’t happen again," raising concerns about state laws allowing private gun sales between strangers without background checks. Patrick went so far as to say he was "willing to take an arrow" from the gun lobby in order to pursue the change.

But this legislative session, Texas Republicans moved in the opposite direction, pushing to loosen gun laws and vowing to defy any new federal gun rules. Laying out his policy priorities in February, Abbott made no mention of either shooting. He said Texas must become a "Second Amendment sanctuary state."

"We need to erect a complete barrier against any government official anywhere from treading on gun rights in Texas," Abbott said during his speech.

Of the dozens of gun safety bills lawmakers filed to codify state leaders’ 2019 calls for action, few have advanced.

"All [El Paso community members] wanted was something better. All they wanted was some accountability. Yet here we are," state Rep. Joe Moody, an El Paso Democrat, told colleagues on the floor Sunday. "When the doors were closed, I heard lots of promises. I haven’t heard them since."

Disclosure: The University of Texas at Austin has been a financial supporter of The Texas Tribune, a nonprofit, nonpartisan news organization that is funded in part by donations from members, foundations and corporate sponsors. Financial supporters play no role in the Tribune’s journalism. Find a complete list of them here.