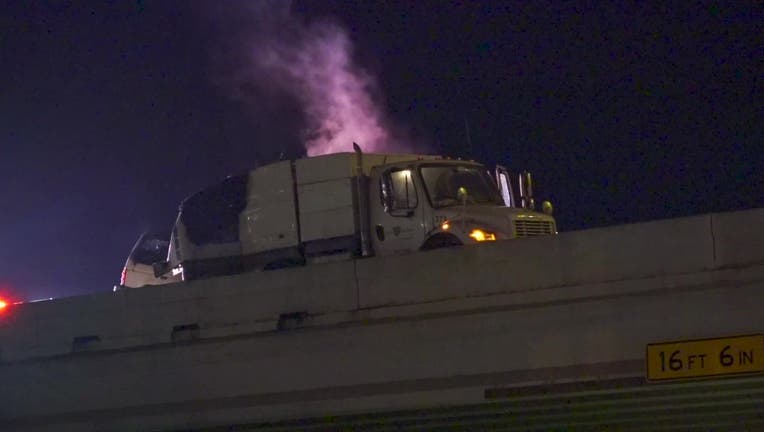 The Harris County Sheriff's Office investigates a deadly crash along the North Freeway.

Authorities say a driver died after crashing into a sweeper truck along the North Freeway.

The crash occurred just before 2:30 a.m. Monday in the southbound lanes of the freeway near Cypresswood.

According to the sheriff’s office, a sweeper crew consisting of two sweeper trucks, a pickup truck and a crash truck were working in the area.

According to the sheriff’s office, an SUV was traveling on the shoulder and crashed into one of the sweeper trucks.

The SUV and the sweeper truck both caught on fire.

Authorities say the SUV driver was unable to get out of the vehicle and died at the scene.

The driver of the sweeper truck was taken to the hospital and is expected to survive.