A wanted fugitive is in custody following a nearly 50-mile police chase along westbound Interstate 10 in Phoenix.

PHOENIX - A wanted fugitive is in custody following a nearly 50-mile police chase along westbound Interstate 10 in Phoenix.

U.S. Marshals say the suspect, 51-year-old Scott Rasmussen, is a wanted fugitive out of Utah. He was being sought on suspicion of forgery and armed theft.

According to Federal officials, Rasmussen was convicted of wire fraud in 2004 in Utah, and was sentenced to probation. In 2012, Rasmussen violated the terms of his probation, which resulted in a warrant issued for his arrest. That's wen authorities lost track of Rasmussen, until Wednesday.

On Wednesday, a Marshals Service task force tried to stop Rasmussen in a white SUV about 11:45 a.m. in Mesa, but he failed to yield and that started a chase that headed west on Interstate 10 and eventually involved more than a dozen police and DPS vehicles.

The chase ended at about 12:30 p.m. when law enforcement vehicles performed a maneuver to stop the fugitive’s vehicle near the freeway’s Verrado Way exit in the White Tanks Mountain area. Rasmussen was then taken into custody.

I-10 eastbound at Watson was closed during the pursuit and reopened just after 12:30 p.m. Westbound I-10 remains closed at Verrado Way. 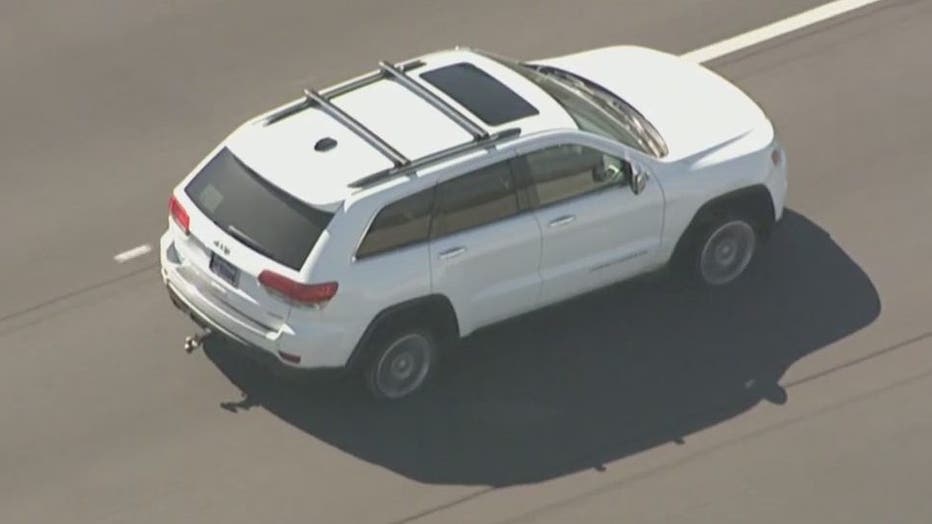 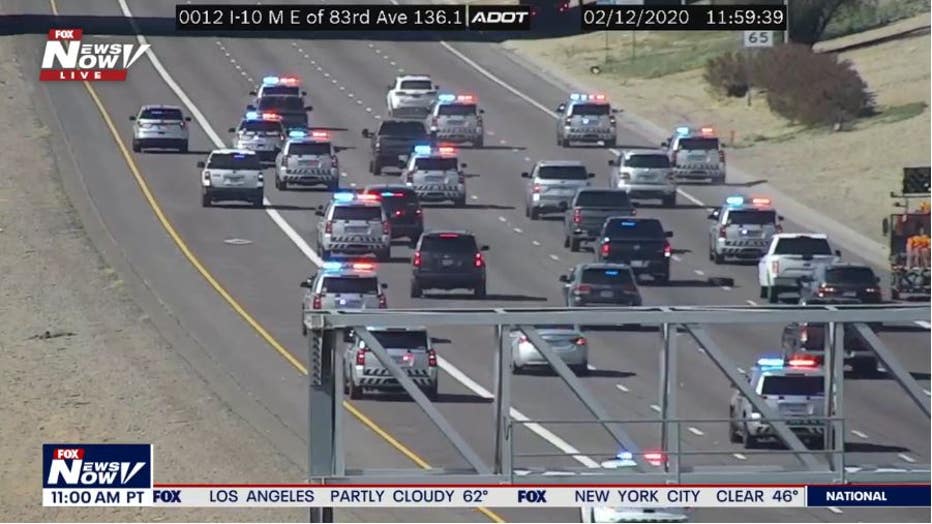