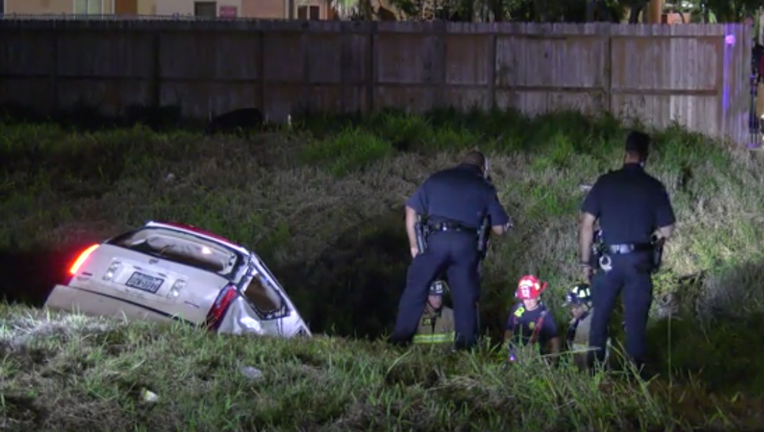 According to police, the vehicle was near the 8600 block of Bryam went before flipping upside down into the bayou.

Two occupants were trapped inside. The passenger was pronounced dead on the scene and the driver was able to free himself by kicking the windshield. 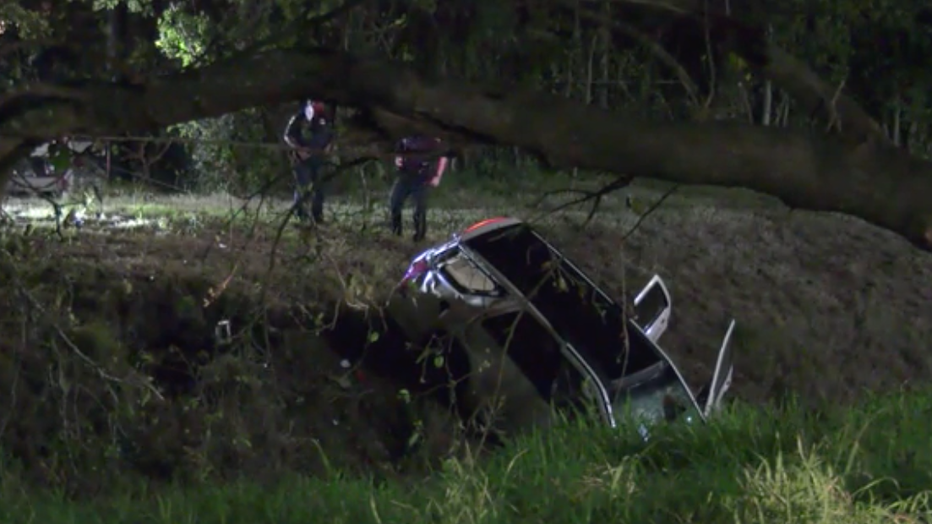 He was taken to the hospital with a broken arm.

Police say the chase took place after police witnessed what appeared to be an open-air drug transaction near a gas station.

The officer then followed the vehicle and initiated a traffic stop pulling the vehicle over at Bryam Street.

According to police, when the officer walked up to the vehicle he heard a noise.

He then noticed the driver tossed out a 9mm pistol from the window.

Immediately after the suspect took off at a high rate of speed heading westbound on Bryam st from the Gulf Fwy service road.

The driver crashed into a concrete barrier then flipped into the bayou.

The suspect was out on two bonds for evading and unauthorized use of a vehicle.

The HPD unit also ran into the same concrete barrier causing damage to the front of the PD unit. The officer suffered minor injuries and did not go to the hospital