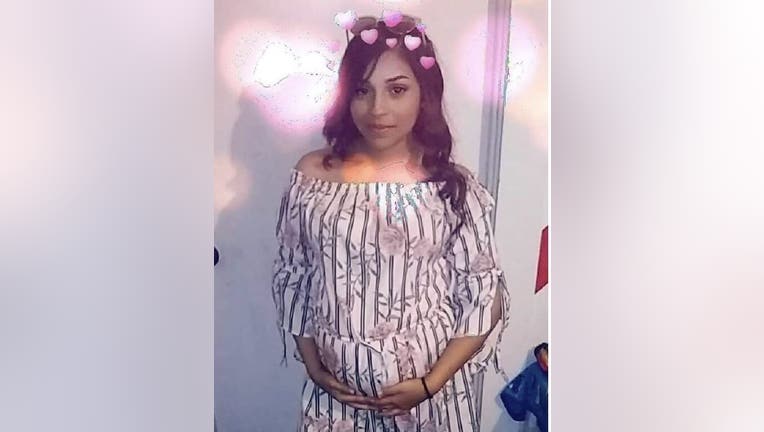 HOUSTON - A man has been arrested and charged in the deadly shooting of a pregnant Houston mother on Easter Sunday.

Derrick Dewayne Small, 21, is charged with murder, records show. He is accused in the death of 22-year-old Brianna Navarro.

MORE: Family says pregnant mother of 2 was en route to celebrate Easter Sunday when she was killed

Her family said Navarro was six months pregnant with her third son when she was shot on April 4 in west Houston. It happened just after 1 p.m. near Richmond and Wilcrest.

Navarro was on her way to celebrate Easter Sunday with her mother and was riding in the front passenger's seat of a car while her boyfriend was driving. Her 2-year-old son was in the back seat.

Police said someone in another car fired shots at the vehicle Navarro was in, striking her in the back.

According to police, her boyfriend admitted that he had gotten in an argument with someone at a nearby convenience store just before the deadly confrontation.

Records show the suspect, Small, was arrested on Thursday.