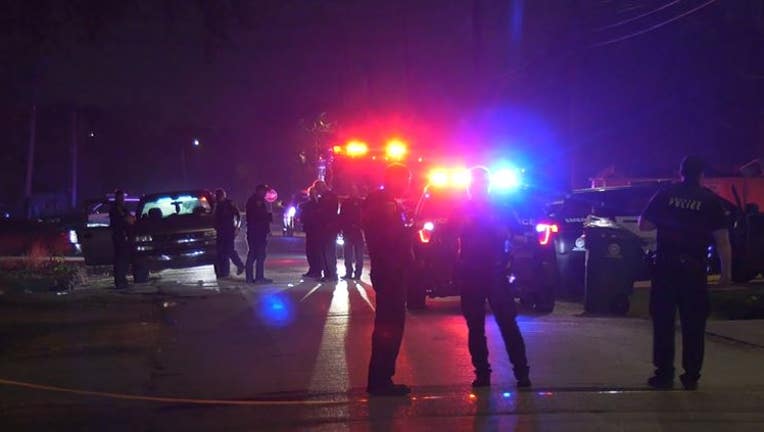 HOUSTON - A suspect has been charged in a shooting that left one man dead and another wounded at a home in southeast Houston over the weekend, police say.

Dwain Markus Galentine, 50, is charged with capital murder and aggravated assault with a deadly weapon. He is accused in the death of Tristan Fontenot, 43, and the wounding of another man, 42.

The shooting occurred around 1:25 a.m. Saturday in the 4300 block of Mallow Street.

Officers responded to a Shot Spotter call, a gunshot detection system, at a home and found Galentine shot in the roadway, police say.

Officers learned two other men had also been shot and were inside the home. One of them, later identified as Tristan Fontenot, was pronounced deceased. The other man found in the home was able to provide officers with a brief description of the suspects before he was transported to the hospital, police say.

Galentine was also taken to the hospital, where police say he remained on Tuesday. Police say further investigation determined Galentine was one of the suspects.

Police say the surviving victim reported that the suspects had gone to the home and attempted to rob the victims.

According to HPD, the suspects fired multiple shots and shot both victims. Police say the surviving victim was able to get his own weapon and shot back at the suspects, striking Galentine.

Police say it is unclear if the second suspect was struck, but he fled the scene on foot.

Anyone with information in this case or on the remaining wanted suspect is urged to contact the HPD Homicide Division at 713-308-3600 or Crime Stoppers at 713-222-TIPS.