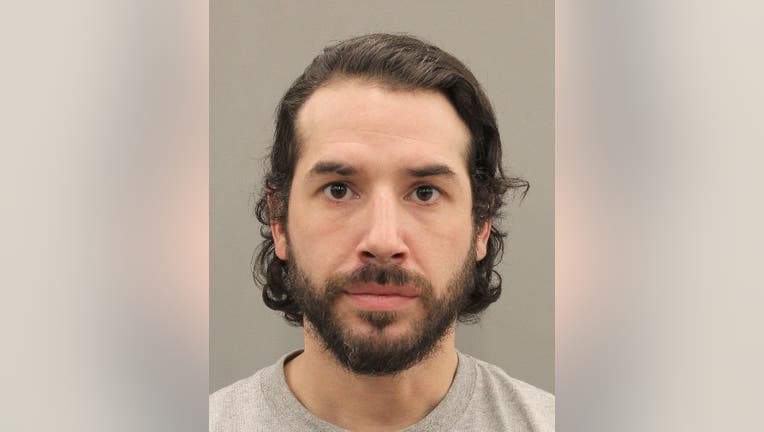 Patrick Kelly, 32, charged in the assault of an employee at Houston bar on Monday.

HOUSTON - Police have arrested the suspect in the violent attack of a Houston bar employee who reportedly asked a customer to wear a mask while inside the business.

The suspect has been identified as Patrick Kelly.

Kelly, 32, has been charged with assault, bodily injury, according to Chief Acevedo.

Bar employee attacked after asking customer to put on a mask

FOX 26's Natalie Hee spoke with the employee after he was attacked by asking a customer to put on a mask.

Earlier this week, Houston Mayor Sylvester Turner called for the attacker to be charged and arrested, calling it "foolishness."

He tweeted out his dismay on Wednesday.

The victim of the bar attack Josh Vaughan has worked security at Grand Prize Bar in the Museum District off-and-on for nearly seven years.

Vaughan told FOX 26 the man, who is now arrested, appeared frustrated that he was repeatedly being asked to put his mask on.

After the third request, the man came out of the bathroom, ran towards Josh, and smashed a whiskey glass on his head. Vaughan said he began bleeding profusely and had to be taken to the hospital.

Vaughan said he had to undergo a CT scan and now has 10 stitches in his head. He has also been suffering from a constant headache.

The employee was sent to the hospital bleeding from his head, while the customer sped off in his car.