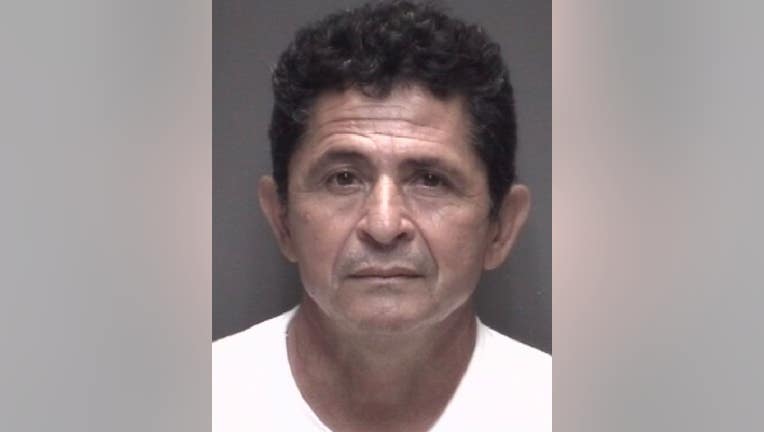 GALVESTON, Texas - A kidnapping and attempted murder suspect is back in jail in Galveston County after 30 years, authorities say.

The Galveston County Sheriff’s Office and the FBI held a press conference on Wednesday to announce the extradition of Luis Calderon from El Salvador back to Texas.

Calderon is accused in the kidnapping and attempted murder of his then-girlfriend in July 1991, authorities say.

"Every investigator through their career has cases that haunt you. And we all have several of those, and I have a number of them. And this is one. This was a horrific crime," said Lt. Tommy Hansen with the Major Crimes Unit at the Galveston County Sheriff’s Office.

After the crime, he was arrested, made bond and then fled the area, authorities say.

"It was a tedious process in locating him. We felt for many years he was still in the states. But as time progressed, our investigation led us, thanks to records that we got from ICE, to El Salvador," Lt. Hansen said.

Calderon was located in El Salvador about three years ago.

"It was still about one year before we could get him taken into custody by the El Salvadoran authorities and that had to do with a lot of red tape on both sides," Lt. Hansen said.

Once he was taken into custody in El Salvador, it took two more years for him to be extradited.

Numerous agencies in the U.S. and authorities in El Salvador were involved in the process of locating and returning Calderon to Galveston County.

"The Department of Justice was instrumental in helping, FBI, our headquarters, FBI agents in El Salvador. ICE and the U.S. Marshals all had a hand in it," FBI Supervisory Special Agent Richard Rennison said. "Couldn't have done it without U.S. Department of State, the Galveston DA’s office, and also the El Salvadoran partners for working with the United States law enforcement community to locate Mr. Calderon and processing the extradition. Without their assistance this would have happened in there would be no chance for justice for the victims in this case."

"I’m thankful to President Bukele, the government of El Salvador, and the Galveston County Sheriff’s Office for their work in facilitating Calderon’s transfer. This sends a clear message to any fugitives of the law: you will be brought to justice. Today is a testament to the importance of America's bilateral and regional partnerships, grounded in mutual interests and appreciation for the rule of law."