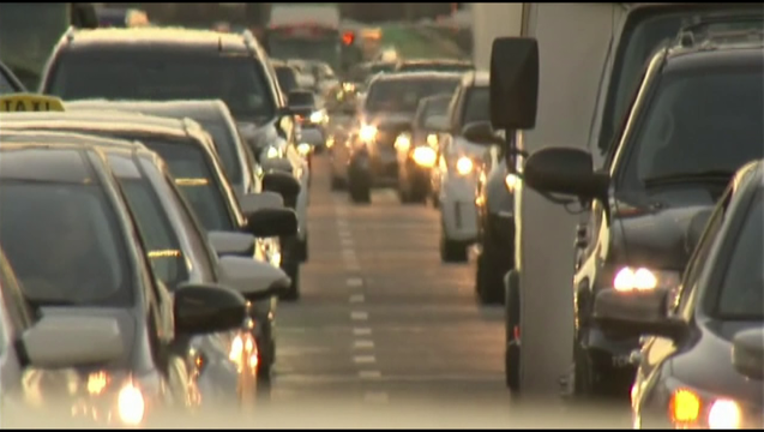 Tailgaters may be traveling closely behind you in the hopes of speeding up their travel, but researchers say it may just have the opposite effect.

The team says tailgaters are to blame for phantom traffic jams that develop without an obvious cause, and their findings suggest controlling the space between cars would reduce fluctuations in speed that ultimately cause slow-downs.  Study authors say while it may be counterintuitive to look both in front of and behind you as you travel, if all drivers kept the same amount of space between their cars people would get where they are going twice as fast.

Researchers were inspired to study tailgaters after watching flocks of starlings move together. They observed the flock moving as a unit with the birds leaving the same amount of room in front of them and behind.