Snow fell across Texas on Sunday, including in Huntsville and College Station.

COLLEGE STATION, Texas - The snow narrowly missed Houston on Sunday, but several inches did fall in some cities to the north.

In College Station, the snow storm moved in and out quickly, but dumped about 4.5" of snow before leaving.

Texas A&M seemed like the place to be on Sunday. Some people even traveled from the Houston area just to bring their kids out to have some fun in the snow. For some, it was the first time to ever have the experience.

During the evening hours it was a bit more difficult for those on the roads. The icy conditions didn’t make it great for those driving, and some cars got stuck on the side of the road. 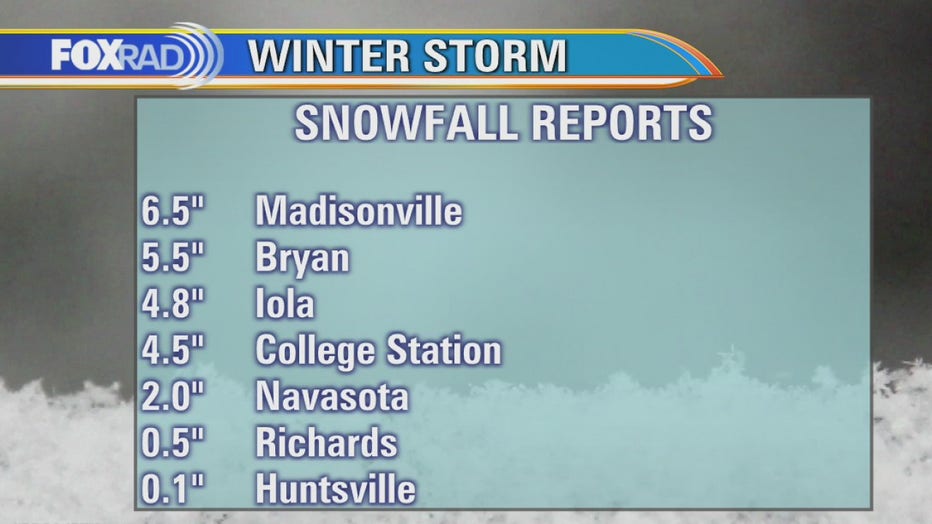 Some school districts are closed on Monday or delaying classes due to the weather. Those who canceled classes include Conroe ISD, Huntsville ISD and Sam Houston State University.

Going out on Monday morning, you’ll want to give yourself some extra time to check on your car to make sure there’s no snow on the windshields. Also, check on road conditions before heading out the door.