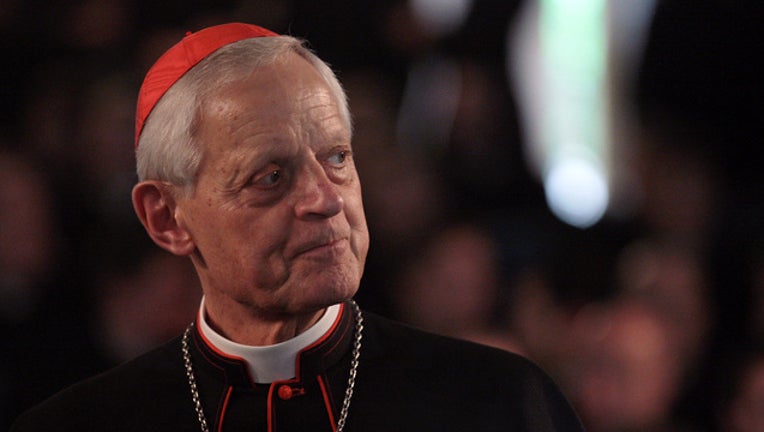 Cardinal Donald Wuerl attends a conference on the canonization of Junipero Serra in light of 'Ecclesia in America' on May 2, 2015 in Vatican City, Vatican. (Photo by Franco Origlia/Getty Images)

PITTSBURGH (AP) - A sign at a Roman Catholic high school in Pennsylvania named for Cardinal Donald Wuerl has been vandalized with paint.

Monday is the first day of school for North Catholic High School. It is part of the Pittsburgh Diocese, where Wuerl was bishop from 1988 to 2006. Wuerl is now archbishop of Washington.

A recent grand jury report on six Pennsylvania dioceses accused Wuerl of helping protect some child-molesting priests while he was bishop of Pittsburgh.

RELATED: Cardinal Wuerl addresses report on child sex abuse by priests, says he will not resign | Pope on sex abuse: "We showed no care for the little ones" | 2 Archdiocese of Philadelphia priests found unsuitable for ministry due to sex abuse, drug charges

Wuerl has apologized for the damage inflicted on the victims but also has defended his actions.

The paint on the sign covered Wuerl's name. Some school alumni have organized a petition online to remove his name.