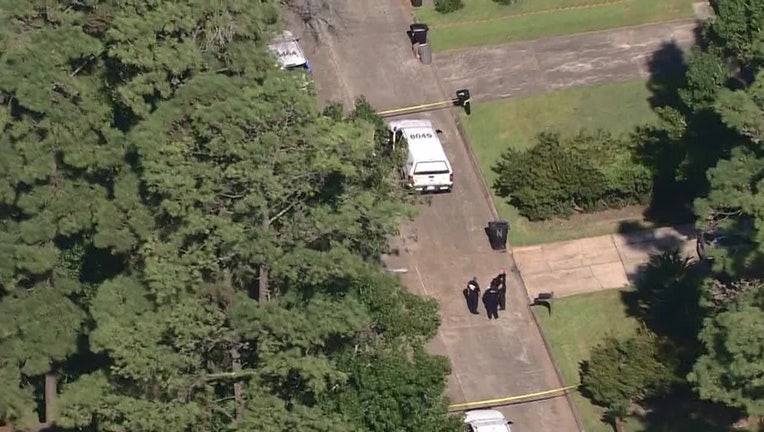 A woman’s estranged husband was fatally shot after he showed up at her house as she prepared to take three kids to school, Harris County Sheriff Ed Gonzalez said.

The shooting occurred on Monday morning in the 7800 block of Peacock Park Drive in northeast Harris County.

Sheriff Gonzalez says the woman’s estranged husband arrived unannounced as she was getting ready to take the kids, ages 7, 11, and 16, to their first day of school.

"We don't know what his intention was. It quickly escalated. She ran inside the home. He gave chase. Allegedly while inside the home, he began assaulting her," Sheriff Gonzalez said.

According to the sheriff, someone fired shots at the man who had come into the home. Authorities were working to determine who fired the shots.

The man was wounded in the shooting and taken to the hospital. Sheriff Gonzalez says the man was pronounced dead.