WASHINGTON (AP) - John McCain, who suffered more than five years as a prisoner of war in Vietnam before going on to serve in the U.S. Senate for decades, was remembered with a service at the Washington National Cathedral on Saturday.

His procession made a stop at the Vietnam Veterans Memorial on the way to his service, and his wife, Cindy, placed a wreath on the memorial. She was accompanied by Defense Secretary Jim Mattis and John Kelly, a retired Marine Corps general who is Chief of Staff for President Donald Trump.

After his body arrived at the cathedral, McCain's daughter Meghan McCain opened the memorial service with a tearful and impassioned tribute to him. She directed messages squarely at President Donald Trump and encouraging others to live up to her father's example.

She said they "gather here to mourn the passing of American greatness — the real thing, not cheap rhetoric from men who will never come near the sacrifice he gave so willingly, nor the opportunistic appropriation of those who lived lives of comfort and privilege while he suffered and served."

She said to applause, "The America of John McCain has no need to be made great again because America was always great."

Bush and Obama, both challenged by McCain in their bids for the White House, drew on the senator's legacy at home and abroad to talk of the nation's values in remarks that at times seemed a clear rebuke of Trump and his brand of politics.

President Trump did not attend the ceremony after McCain's family made clear he was not invited.

Bush, a Republican, and Obama, a Democrat, spoke during the service at McCain's request.

He added that: "To the face of those in authority, John McCain would insist that we are better than this, America is better than this." Bush said the Arizona senator's absence is tangible, "like the silence after a mighty roar."

Former President Barack Obama said, "We come to celebrate an extraordinary man, a warrior, a statesman, a patriot who embodied so much that is best in America." Following after Bush, Obama said John McCain "made us better presidents."

Obama spoke of the long talks he and McCain would have privately in the Oval Office and the senator's understanding that America's security and influence came not from "our ability to bend others to our will" but universal values of rule of law and human rights.

"So much of our politics, our public life, our public discourse can seem small and mean and petty, tracking in bombast and insult and phony controversies and manufactured outrage," Obama said in another not-so-veiled nod to Trump. "It's a politics that pretends to be brave and tough but in fact is born in fear. John called on us to be bigger than that. He called on us to be better than that."

The former president noted John McCain was a conservative lawmaker, but said, "he did understand that some principles transcend politics, that some values transcend party."

He also praised John McCain for standing against "bending the truth to suit political expediency or party orthodoxy."

These sentiments were also echoed by former Senator Joe Lieberman. A longtime friend and travel companion to McCain, Lieberman said McCain's death reminded the American people about their values.

He spoke of McCain's actions this past year, while going through treatment for brain cancer to vote against the GOP health care bill.

"His vote was not really against that bill but against the mindless partisanship that has taken control of both our political parties and our government and produced totally one-sided responses to complicated national problems like health care. And of course he was right."

Lieberman also spoke of the differences between himself and his departed friend, including their religions, and trip around to world to Israel, Vietnam, Myanmar, and Syria.

"I can tell you everything we did together around the world and here in Washington and across America, he showed that same acceptance, respect, curiosity about everybody's religious observances, and everything else about them that was different from himself and his own experiences," he said.

"His death seems to have reminded the American people that these values are what makes us a great nation, not the tribal partisanship and personal attack politics that have recently characterized our life, " said Lieberman, who McCain once considered as his vice presidential running mate.

McCain, the six-term Senator and two-time Republican candidate for president, was honored at the U.S. Capitol Rotunda on Friday where members of Congress and the public came to pay their respect. Thousands of Americans lined up outside the U.S. Capitol in stifling heat to say a final goodbye as he lay in state.

He died on Aug. 25 at his ranch near Sedona, Arizona after a yearlong battle with an aggressive form brain cancer. He was 81.

An outpouring of love and memories flooded in immediately following his passing and the decorated Vietnam War veteran was later honored in Arizona on Wednesday, the day he would’ve turned 82.

On Sunday, a private memorial service was held at the U.S. Naval Academy Chapel in Annapolis, Maryland. McCain was be laid to rest next to his Naval Academy classmate and lifelong friend, Admiral Chuck Larson, who passed away in 2014.

Before his passing, Larson reserved four plots of land – for him, John McCain and their spouses – near where they first met, at the U.S. Naval Academy’s cemetery at Hospital Point, overlooking the Severn River.

John McCain was the son and grandson of admirals and followed them to the Naval Academy. A pilot, he was shot down over Vietnam and held as a prisoner of war for more than five years. He refused to be released without his men. He went on to win a seat in the House and in 1986, the Senate, where he served for the rest of his life.

John McCain’s family asked before his death that Trump, who the senator had long feuded with, not attend his funeral services. The president sent multiple tweets about a series of long-standing grievances as he headed to the Trump National Golf Club in Sterling during John McCain's service. 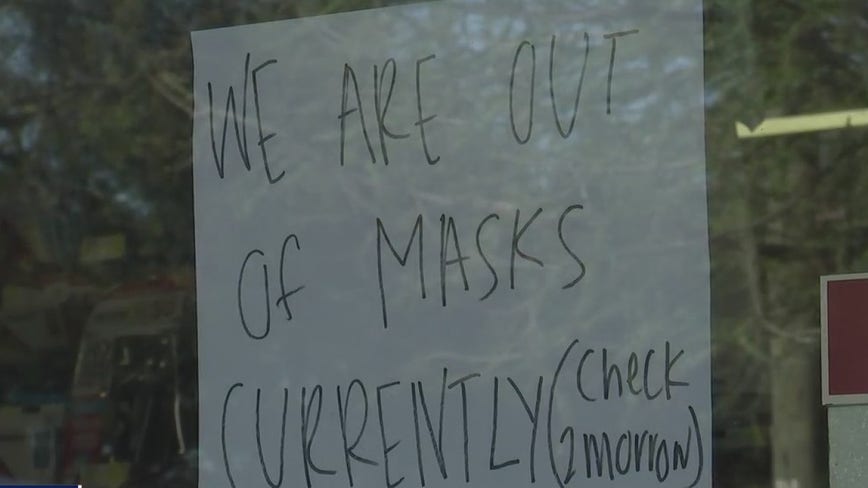