Harris Co. Sheriff Ed Gonzalez gives a press conference after a suspect accused of shooting at a deputy, led officers on brief chase, and exchanged gunfire.

Based on preliminary information given during a press conference, officials with Harris Co. Pct. 3 Constables were called out to the 8500 block of Neymar Ln. That's where a deputy constable was called to check on the welfare of a teenage girl and escorted her safely outside of the home. Suddenly, investigators say an unidentified man started firing his weapon at officers. 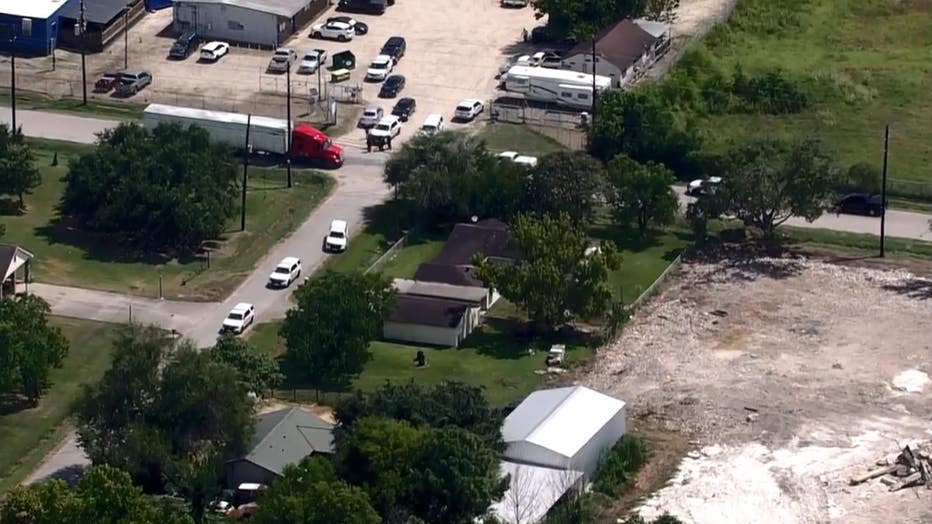 Harris Co. Sheriff Ed Gonzalez said in the heat of it all, one of the officers was inside the home and "unable to exit." Shortly afterward, authorities were able to get the constable deputy out of the home, but by this time, the suspect barricaded himself in the home. And because the shooter was armed, deployed the SWAT team.

However, the Sheriff said the suspect drove off from the location after carjacking a truck and was heading towards Chambers County but crashed out along with a Texas DPS Trooper.

After a brief exchange of gunfire between Sheriff Gonzalez said the man was hit but it's unclear, as of this writing, if the gunshot was self-inflicted or by one of the officers but was said to have succumbed to his injuries. Meanwhile, the trooper that crashed was airlifted to a hospital after suffering minor injuries.

FOX 26 will continue to update this story as it continues to develop.