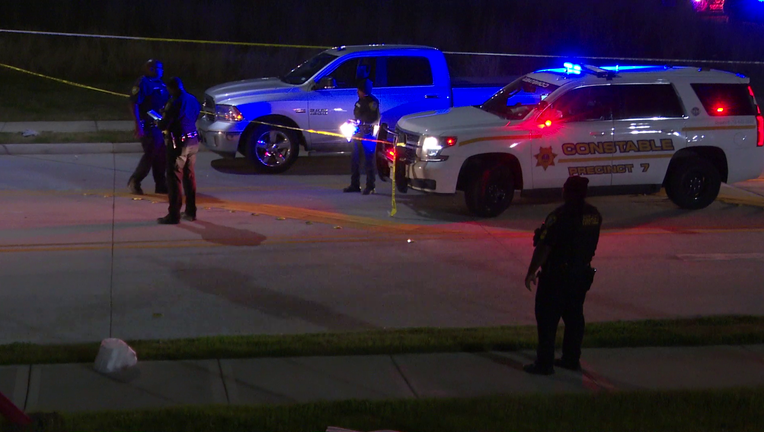 HARRIS COUNTY, Texas - Authorities are investigating following a road rage shooting in Harris County that ended with a victim shot in the abdomen.

According to Harris County Constable Precinct 7, toll road deputies responded to the shooting around 6:15 p.m. that occurred in the 10800 block of South Sam Houston toll road eastbound at West Airport.

Authorities said the suspect, described as a light-skin Black male with dreadlocks, driving a late model gold GMC SUV pulled up alongside the victim and fired multiple shots into the victim's vehicle.

The victim, who authorities said is a 41-year-old Hispanic male, driving a Dodge Ram, sustained life-threatening gunshot wound to the abdomen.

The victim was taken to the hospital in critical condition.

Anyone with information that can lead to an arrest in this shooting is asked to contact Houston Crime Stoppers.