The study was put together by the university UCLouvain in Belgium and thousands of parents in 42 countries participated.

Researchers who gauged "parental burnout" in dozens of countries around the world found American moms and dads were among those feeling most exhausted.

The study also found one specific cultural factor common in "Western" countries that played the largest role when determining the level of burnout.

The study was put together by the university UCLouvain in Belgium and thousands of parents in 42 countries participated. All surveys were taken from January 2018 through March 2020, before the height of the COVID-19 pandemic when stress levels were sure to be exacerbated.

Researchers said the following symptoms are indicative of parental burnout: emotional exhaustion, contrast with one’s previous parental self, loss of pleasure in the parental role and emotional distancing from the children. Researchersdisguised the purpose of the survey in order to prevent biased reports of exhaustion.

Questions included basic information such as the parent’s age, sex, occupation and number of children. Then the participants had to rank statements that assessed the symptoms of parental burnout on a scale of ‘never’ to ‘every day.’ Statements included, "I feel completely run down by my role as a parent," and "I am no longer able to show my children that I love them."

Poland, the United States and Belgium were the countries with the highest average score for parental burnout. Thailand was the country with the lowest, with several other Asian and South American countries among the lowest. 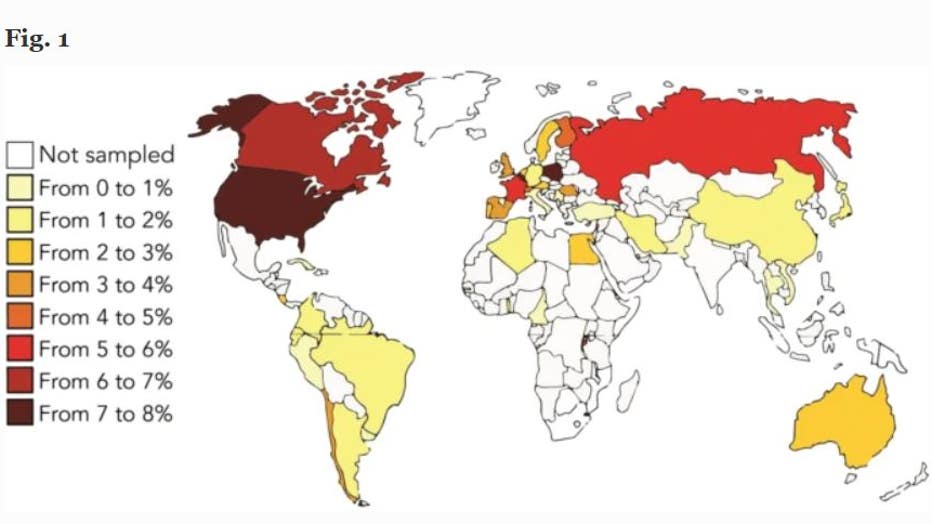 Prevalence of parental burnout across countries. Screengrab from "Parental Burnout Around the Globe: a 42-Country Study."

Additionally, as parenting styles differ from country to country, researchers were curious if certain cultural differences played a role in developing burnout.

The study looked at six specific factors but found only one to correlate with and be indicative of burnout levels - individualism.

"Individualism describes a preference for a loosely knit social framework in which individuals are expected to take care of only themselves and their immediate families (as opposed to Collectivism, which describes a preference for a tightly knit framework in society in which individuals are integrated into strong, cohesive in-groups)," study authors wrote.

In fact, researchers said individualism played a larger role in parental burnout more than either economic inequalities across countries, or any other individual or family characteristic examined so far.

Study authors say this is the first study that looks at the cultural role in parental burnout.

They say this study is important because the vast majority of psychological parenting studies are conducted in the U.S., and therefore do not fully grasp or account for cultural differences.

"These findings illustrate the richness and importance of large-scale cross-cultural studies which go beyond the largely "Western" samples," authors wrote.

They added that more research can be done to understand why more individualistic countries are more exposed to parental burnout.

The findings were reported in the journal ‘Affective Science.’