AUSTIN, Texas - President Joe Biden has only been in office less than a day and there is already pushback against some of his actions.

U.S. Rep. Chip Roy (TX-21) says he plans to announce legislation to prevent taxpayer funding from Biden's executive actions to rejoin the Paris climate accord and the World Health Organization.

"The Trump administration rightly protected the American people’s interests by removing the United States from participation in both bodies," Roy said in a statement. "I will fight to ensure no taxpayer dollars are wasted in rejoining them."

Watch President Joe Biden’s inauguration speech that he delivered after he was sworn-in on Capitol Hill on Wednesday, Jan. 20, 2021.

In his first hours as president, Biden signed a series of executive actions reversing orders from former President Donald Trump on issues like immigration, climate change, and handling of the coronavirus pandemic. Two of those actions include rejoining the Paris Agreement and rejoining the World Health Organization.

The Paris Agreement is a global pact it helped forge five years ago to avert the threat of catastrophic climate change. The U.S. formally left the agreement last November and it will take 30 days for the U.S. to be officially back in.

The Paris accord requires countries to set their own voluntary targets for reducing greenhouse gases such as carbon dioxide and to steadily increase those goals every few years. The only binding requirement is that nations have to accurately report on their efforts.

Biden is also directing the U.S. to rejoin the World Health Organization, which Trump withdrew from earlier this year after accusing it of incompetence and bowing to Chinese pressure over the coronavirus. 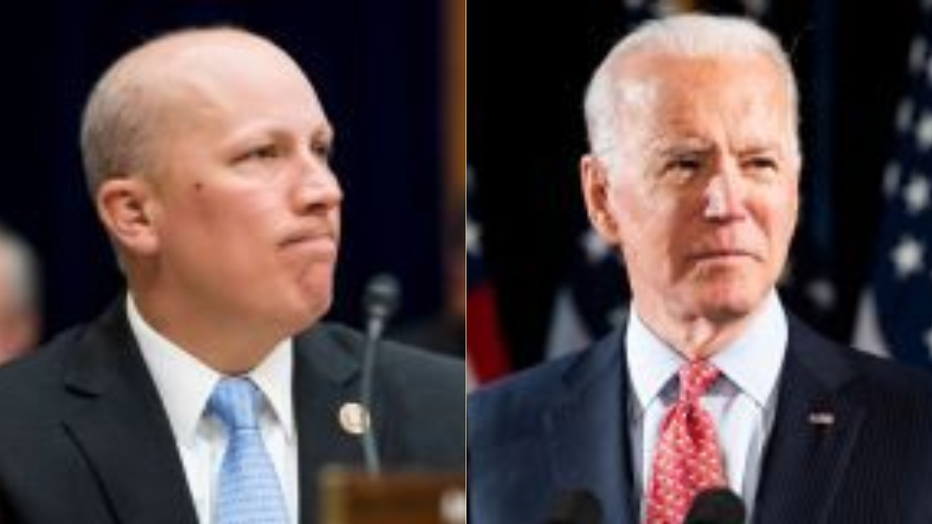 Today, the Biden administration is moving to reverse two of the great accomplishments of the Trump administration by unilaterally rejoining two international bodies that undermine the health and security of the United States of America: the World Health Organization and the Paris Climate Agreement. In response, I will introduce legislation to prevent taxpayer funding from both of these efforts.

On one hand, the American people should not be forced fund organizations that propagate the lies of the Chinese Communist Party and silence our allies like Taiwan, who warned that COVID-19 could spread human to human. The United States is the largest government contributor to WHO and makes up about 22% of the organization’s core budget. We need to hold WHO accountable for its lack of transparency and multiple failures related to the COVID-19 pandemic.

On the other, rejoining the Paris Climate Agreement will initiate efforts to dismantle two decades of American energy progress and record production levels – even though the United States simultaneously outperformed other major nations in reducing total carbon emissions. Making energy more expensive and less abundant through regulation will only hurt our economy, especially low income Americans, and return us to dependence on foreign countries for energy. Shuttering American companies and killing jobs in Texas so career politicians like Secretary John Kerry can mingle in Paris, France is morally bankrupt.

The Trump administration rightly protected the American people’s interests by removing the United States from participation in both bodies. I will fight to ensure no taxpayer dollars are wasted in rejoining them.