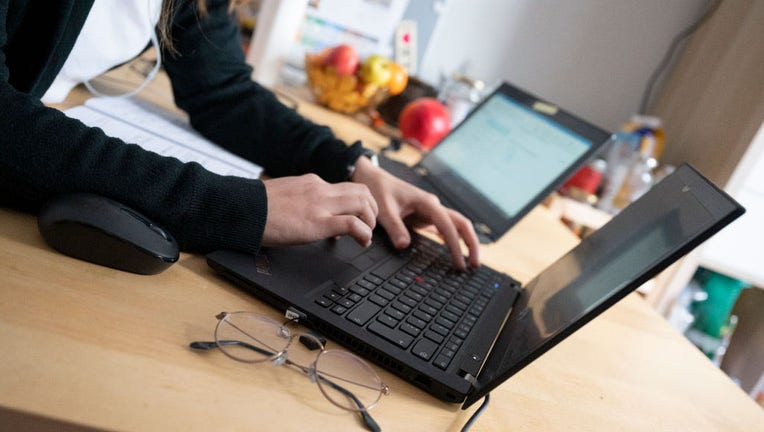 FILE - A woman works at the kitchen table on her laptop. (Photo by Lisa Ducret/picture alliance via Getty Images)

The team behind the study, published in the journal PLOS One, found that "micro-breaks" reduced fatigue and helped employees take on their tasks with more vigor.

Study author Patricia Albulescu and colleagues from the West University of Timioara in Romania conducted a meta-analysis of 22 studies published over the last 30 years — all of which looked at the potential benefits of taking short breaks from assigned tasks.

RELATED: Viral Burger King employee who never missed a day of work in 27 years receives over $270K in donations

These tasks varied between studies and included work simulations, real work-related tasks, and non-work-related cognitive tests, the researchers said. The types of breaks also differed, including physical breaks and more engaging activities, such as watching videos.

"Our results revealed that micro-breaks are efficient in preserving high levels of vigor and alleviating fatigue," the study states.

Kevin Ford received a "goodie bag" for working 27 years at Burger King, never missing a day of work. But his daughter didn’t think that was enough.

Interestingly, no overall association was found between micro-breaks and better performance on tasks. Instead, the team suggested short breaks as a potential strategy for boosting well-being in the workplace.

But the study also found that the longer the break, the greater the boost was on performance. This was particularly true for creative or clerical tasks, and less so for tasks that were more cognitively demanding, the researchers said.

The study authors noted how future research is needed, including investigating the most optimal activities to engage in during a micro-break.