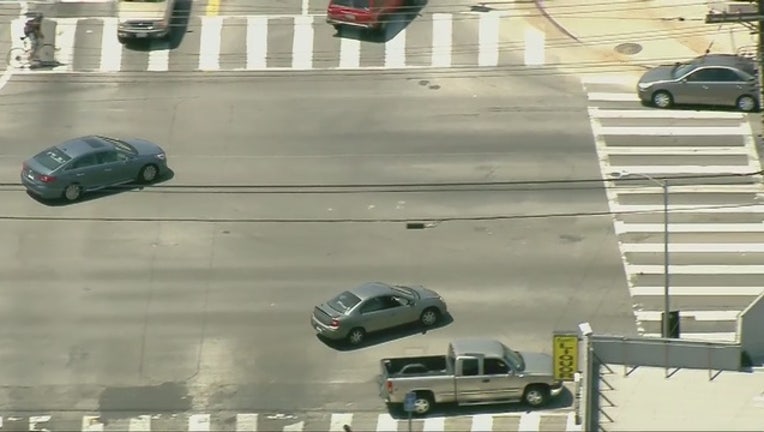 According to Los Angeles police Officer Liliana Preciado, a murder suspect was arrested early Tuesday afternoon in the 1200 block of East 100th Street in South Los Angeles, but as that suspect was being taken into custody, another person sped from the scene, prompting the pursuit.

The connection between the person leading the chase and the in-custody homicide suspect was not immediately clear.

The chase suspect, driving a silver-gray Dodge Neon sedan with Oregon license plates, initially drove on the 105 Freeway, then moved onto city streets through South Los Angeles, occasionally driving on the wrong side of the street as he circled around the area.

About 1:45 p.m., the man stopped the car at Imperial Highway and Long Beach Boulevard and surrendered. Police did not immediately release the names of the suspects or details on the murder.