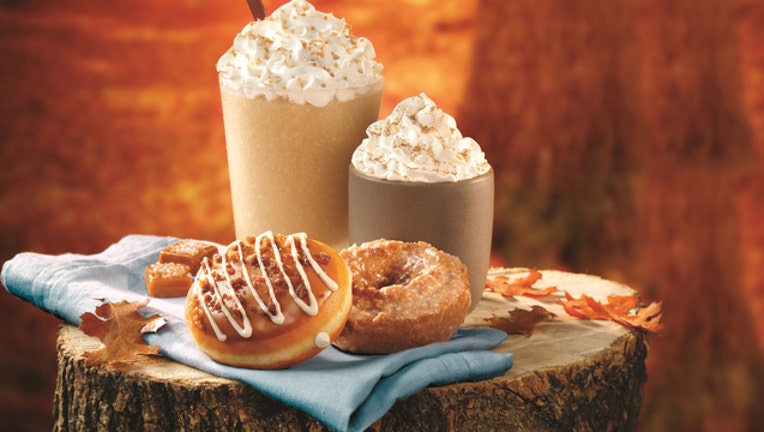 TAMPA, Fla. - The onslaught of pumpkin spice everything now includes Krispy Kreme donuts and coffees that are available in stores starting Monday.

The chain known for its hot donuts (NOW) says it has officially rolled out its "Pumpkin Spice Cake Doughnut," which is an old fashioned doughnut with pumpkin spice and classic glaze, along with a Salted Caramel Latte Doughnut, which is an espresso Kreme-filled doughnut topped with salted caramel icing and salted sugar blend, topped with an espresso icing drizzle.

The chain is now also offering their Pirate and Skull and Crossbones Doughnuts early in honor of 'Talk Like a Pirate Day," which falls on Sept. 19.

Dunkin Donuts announced it has also released its fall line of treats nationwide starting this week.