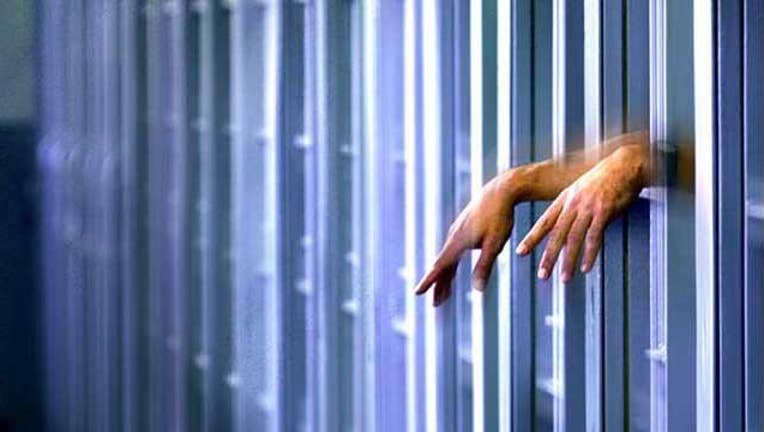 LITTLETON, N.H. (AP) — He knew he was in trouble even before he read the text message: "Did u hear what hapnd 2 ed?"

Ed Martin III had been found dead in the bathroom of a convenience store. He'd mainlined fentanyl, an opioid up to 50 times more powerful than heroin.

Michael Millette was sad that his friend, just 28, had died. But he was scared, too. He'd sold him his final fix.

Millette fled to Vermont, but quickly returned to sell more drugs to support his habit. Now, though, police had a tip that he'd been Martin's dealer. After he sold drugs to an informant, they arrested him.

That's when Millette joined a growing number of dealers around the nation to face prosecution for the fatal heroin and fentanyl overdoses of their customers. He was charged not just with drug dealing, but with causing Martin's death.

In many states, including Ohio, Maine and New Jersey, authorities grappling with an alarming surge in opioid abuse are filing homicide, involuntary manslaughter or related charges against dealers. They argue fatal overdoses should be treated as crimes, and that stiff sentences deliver justice and may deter others.

"We need to send that message that you can't sell things that are the functional equivalent of poison," says New Hampshire Attorney General Joseph Foster, whose state has witnessed an explosion in drug-related deaths in recent years.

Millette says he always feared he'd get caught, but never expected anyone would die.

"I think about Ed every day," he says, sitting in his new home, the New Hampshire State Prison for Men.

Littleton is the essence of New England charm, with a white clapboard inn and 19th century opera house. But beyond the postcard image is a crime blotter where the overwhelming majority of major crimes are tied to drugs.

In New Hampshire, drug-related deaths have soared from 163 in 2012 to a projected 478 this year. Fentanyl is increasingly the culprit.

Millette's and Martin's connections to drugs were known to police.

Martin had been jailed for about five months in 2013-2014 for forgery. His father, who owns a home and commercial cleaning company, went to police after his son cashed thousands of dollars of his business checks, presumably to buy drugs or pay off debts.

Millette had been linked to another fatal fentanyl overdose, but the witness wasn't credible, so police didn't pursue the claims.

Millette says he didn't know he was selling Martin pure fentanyl and insists he was no big-time dealer, just a desperate addict. But Tyler notes he peddled fentanyl, heroin and cocaine to more than 30 customers.

His strongest stuff was dubbed "the fire."

Millette got hooked long ago.

After being seriously injured while working as a logger, he became dependent on Percocet. When the painkiller became too expensive, he turned to heroin, which offered a cheaper, faster high.

"I hit rock bottom. I lost everything," he says, including custody of his daughter, now 17. His three older kids stayed away. "Nobody wanted nothing to do with me," he says. "They'd given me enough chances."

Millette's life turned into a dead-end cycle of dealing dope, then buying drugs for himself.

Erika Marble, Martin's fiancee and mother of their two young sons, says he tried to stop but something always got in the way — no insurance, no room in treatment centers.

Being jailed for fraud "made him better, strangely," she says. "He was clean. He had a clear conscience."

Marble says Martin was a caring, big-hearted man and she hoped the presence of her and their children would inspire him. "He was a great dad," she says, "and I knew that he was better with me than he was without me."

Hours later, Martin was dead. His father, also named Ed, says he'd tried to warn him months earlier that he risked losing everything.

The prosecution of Michael Millette was part of a new thrust against opioid dealing in New Hampshire.

The strategy has divided the legal community

"I find it so counterproductive that they think sending these people to prison for long periods of time is going to have any deterrent effect," says Marcie Hornick, who was Millette's public defender. "It's an easy fix and perhaps it satisfies part of the population."

But James Vara, who prosecuted the case and now is the governor's special drug adviser, rejects such criticism. "Say that to a family who lost their child ...," he says. "Say that to Ed Martin's two children who are without their father as a result of this."

Millette stood in court last October, crying as he apologized to Martin's family.

Martin's fiancee and father say they've forgiven Millette. But they both think he deserves to be locked up.

Back at the prison, Millette, who has reconciled with his own children, ponders eventual freedom.

He's grateful for his second chance, but skeptical about this strategy.

Sharon Cohen, a Chicago-based national writer, can be reached at scohen@ap.org.