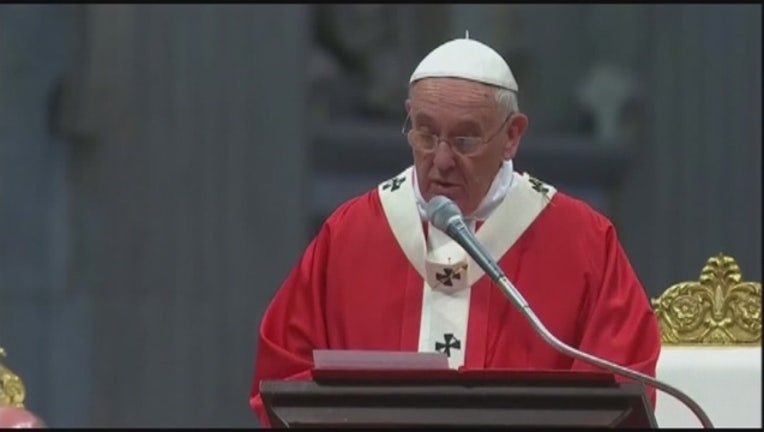 VATICAN CITY (AP) — Pope Francis warned Monday that Europe's refugee crisis is just the "tip of the iceberg," fueled by an "unjust" global economic system forcing hundreds of thousands of people to flee war and poverty in search of better lives.

In an interview with a Portuguese Catholic radio station, Francis recalled that the Bible requires that strangers be welcomed, though he acknowledged security precautions must be taken into account in today's world.

"It's true that 400 kilometers (250 miles) from Sicily, there is an exceedingly cruel terrorist guerrilla group, and it's true there's the danger of infiltration," he told Radio Renascenca in an apparent reference to Islamic State extremists.

Francis repeated his call for parishes around the world to welcome in a migrant family, and said two refugee families have been identified to move into Vatican housing. They can stay "as long as the Lord wants," he said.

He applauded those European countries that had welcomed in migrants and warned what awaits those that don't: "On Judgment Day, we already know what we'll be judged on," he said, reciting the Biblical verse from Matthew 25: "When I was hungry, did you give me food?"

Those countries that answered "Yes"— "I congratulate them. They'll pass the test," he said.

In the interview, Francis also said he hopes to visit Portugal in 2017 to mark the 300th anniversary of the apparitions of the Madonna of Fatima.

In a separate radio interview with an Argentine evangelical Protestant, Francis lamented that he has felt "used" by people claiming to be his friend now that he is pope.

"I have never had so many 'friends' in my life," he said on FM Milenium 106.7. "I have felt used by people who presented themselves as a friend and who I have maybe seen once or twice in my life, and they used this for their benefit."