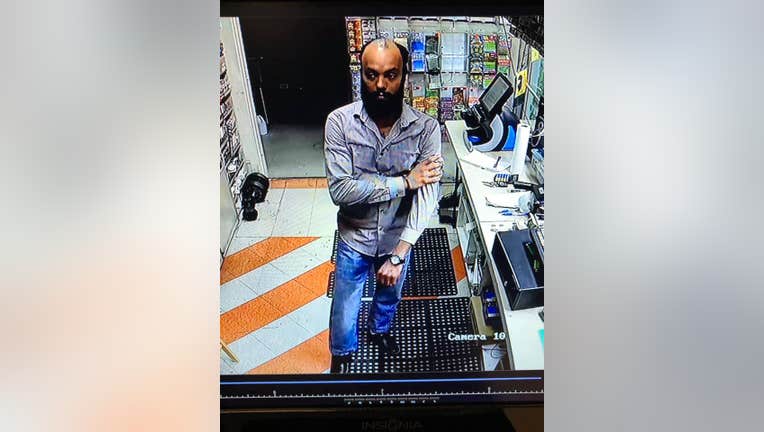 Anyone who recognizes the suspect in a surveillance image released by police is asked to contact investigators. (Hamden Police Department)

HAMDEN, Conn. (AP) - Police in Connecticut are trying to identify a man they say got a job at a gas station and proceeded to steal $17,000 worth of merchandise and cash on his first, and only, solo overnight shift before disappearing.

The man also stole his employment folder, which contained his personal information, so the store’s owner does not even know the worker’s name, Hamden police said in a statement Tuesday.

The owner told investigators he used an app on his cellphone to view the store security cameras and noticed that the new employee had left.

The owner went to the store and determined that the worker had stolen lottery tickets, 89 boxes of cigarettes and money worth a total of more than $17,000. The employment file was also missing.

Anyone who recognizes the suspect in a surveillance image released by police is asked to contact investigators.