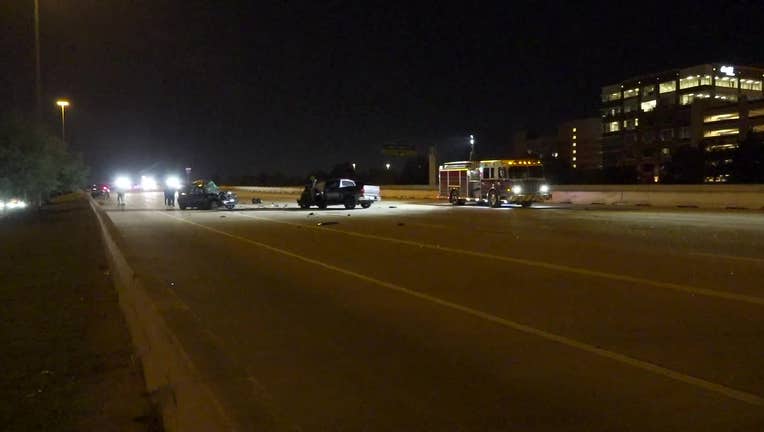 Police investigate a crash on the Southwest Freeway near Sweetwater Blvd.

SUGAR LAND, Texas - Police say a woman died when her vehicle was struck by a wrong-way driver on the Southwest Freeway in Sugar Land.

The crash occurred around 2:30 a.m. Monday near Sweetwater Blvd.

According to police, a man driving a Toyota Tundra was traveling northbound in the southbound lanes of the Southwest Freeway when he struck a Jeep.

Police say the man driving the Tundra was arrested under suspicion of DWI.

The freeway was closed for a few hours during the investigation, but all mainlanes have reopened.