Police say whether or not Maradiaga turns out to be positive for COVID-19, she's already committed a third-degree felony of making a terroristic threat.

Carrollton police are seeking help from the public to find an 18-year-old who is posting on social media that she tested positive for COVID-19 and is “willfully spreading it.”

Police have been able to identify the woman as Lorraine Maradiaga, but they have not been able to find her. Once taken into custody, police say she will be charged with making a terroristic threat.

“I'm at Walmart about to infest [expletive],” she said in the now-viral video. “If I'm going down, all you [expletive] are going down.”

Police said they have no confirmation that Maradiaga is actually a threat to public health, but they are taking her social media actions very seriously. 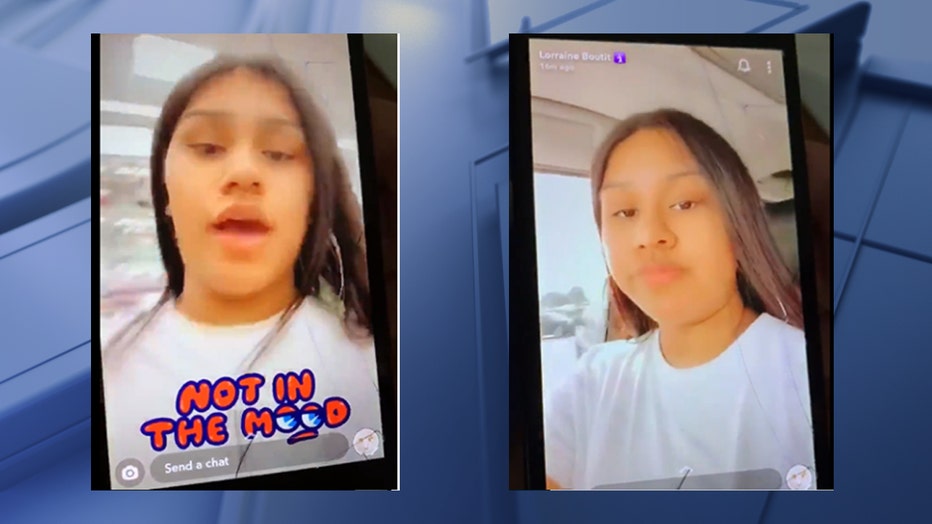 “Right now, the priority is finding her and getting her into custody and a whole lot of questions to answer after that,” said Jolene DeVito with Carrollton PD. “We have been in contact with her family, and her parents were very cooperative. But she was not home when we went to her house.”

DeVito says the FBI Dallas field office is working in conjunction with Carrollton police and is offering detectives any resources that may help in the criminal investigation.

“This young woman's actions, we're not going to tolerate it,” DeVito said.

In mid-March, a DPS employee who worked at the Carrollton driver's license office claimed they tested positive for the coronavirus. The location was shut down. DPS said an investigation later determined the employee lied. They were disciplined for providing "false information." DPS did not provide additional details.

DeVito says whether or not Maradiaga turns out to be positive for COVID-19, she's already committed a third-degree felony of making a terroristic threat.

“Specifically, in the law, it's subsection five: place the public or substantial part of the public in fear of bodily injury,” DeVito explained.

After all of the public backlash, DeVito says Maradiaga posted another video and claims it was all an April Fool’s joke. Regardless of the outcome, she's still in hot water.

Anyone with information about Maradiaga’s whereabouts is asked to call Carrollton Police at (972) 466-3333 or email CrimeTips@CityofCarrollton.com.