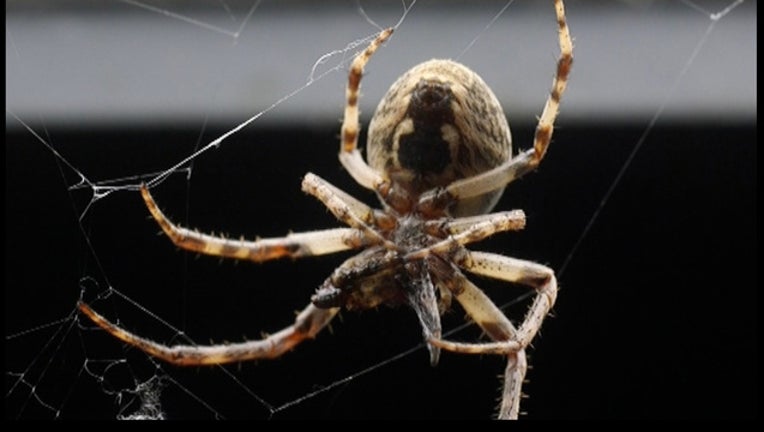 This Oct. 19, 2015 photo shows one of the thousands of spiders that are living on the new Main Street bridge over the Scioto River in downtown Columbus, Ohio. Ohio State University entomologist David Shetlar estimated that up to 5,000 spiders live th

SYDNEY - Police in Sydney, Australia didn't expect what they came across as they responded to calls about a man yelling, "I'm going to kill you!"

The Harbourside LAC - NSW Police Force received multiple calls regarding a woman screaming hysterically, and a man yelling, “I’m going to kill you, your dead! Die Die!!” Furniture could also be heard being tossed around the unit.

The department listed on their Facebook page, what transpired next as units responded to the scene. The following is a transcribed version of the conversation.

Police say the man then realized what they were there for.

Police: “come on mate, what have you done to her.”
Male: “it was a spider”
Police “Sorry??”
Male: “It was a spider, a really big one!!
Police :”what about the women screaming?”
Male: “Yeah sorry that was me, I really really hate spiders”

After a quick search of the apartment to ensure there was no injured party (with the exception of the spider) the officers left. There will be no charges filed. The officers did get a good laugh though.