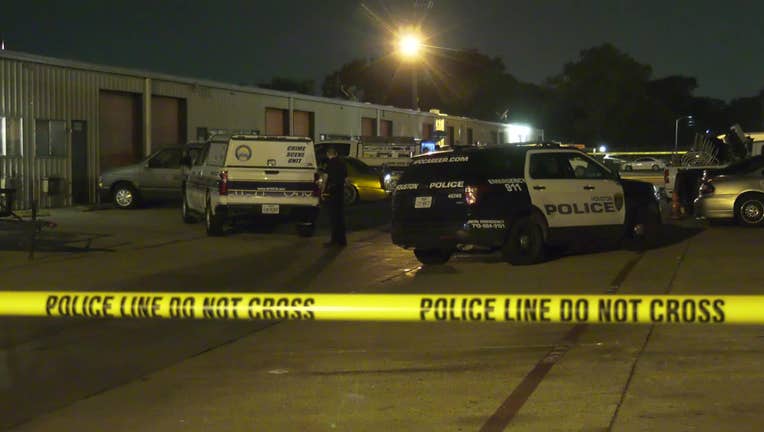 Houston police investigate a shooting at a warehouse.

HOUSTON - Houston police say a business owner fatally shot a robbery suspect who was armed with a metal pipe and gun.

Officers responded to a warehouse in the 14000 block of South Post Oak Road around 11:45 p.m. Sunday.

According to police, the armed suspect forced his way into the warehouse and demanded money. Police say the suspect assaulted the business owner with a metal pipe, injuring his arms and head.

Police say, fearing for his life, the business owner retrieved a gun and shot the suspect multiple times.

The suspect was pronounced dead at the scene.

The case will be presented to a Harris County grand jury.