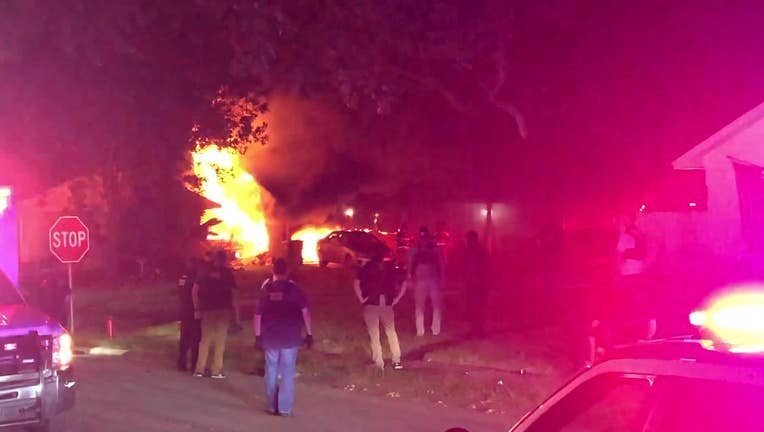 A police chase ended when a pickup truck crashed into a home in southwest Houston.

According to Houston police, officers were watching a suspect who had been involved in several burglaries. While they were watching, police say the suspect broke into a nail salon at Gessner and Westheimer.

Officers attempted to apprehend the suspect, but he fled and a chase began, police say.

The chase went into a residential neighborhood near Rockyridge Drive and Highmeadow Drive. Authorities say the suspect took a turn too sharply, causing him to fall out of his truck, and the vehicle then crashed into the garage of a home. The house caught on fire.

Officers were able to take the suspect into custody. Police say he did not have major injuries.

The Houston Fire Department responded to the scene and extinguished the fire. The woman who lives in the home and a dog got out of the house safely.