Investigators are left with a lot of questions after two deadly shootings on the north side of Houston leave three victims in their wake. FOX 26's Chelsea Edwards has the latest as police work to find out if the murders are related.

HOUSTON - Officials are piecing together two deadly crime scenes located near each other in northwest Houston Saturday, where 3 people died, and several bullet casings were found.

Sergeant Michael Cass with the Houston Police Department Homicide Division shared preliminary information saying authorities were called out an apartment in the 800 block of Oak St. around 6:30 a.m. for reports of a shooting.

After entering the apartment, the sergeant said it appears a struggle took place between two men, who were shot to death. Currently, evidence found suggests the incident was drug-related and neighbors were telling authorities they heard several gunshots from the second story above the crime scene.

RELATED: Houston homicide numbers up in 2021, other crimes down

Additionally, Sgt. Cass said on high-powered rifle rounds were found leading from the balcony down the street, which appears to have hit other cars. However, a rifle has not been located at the scene and a person, whose name is on the apartment lease, was detained and is cooperating with authorities. 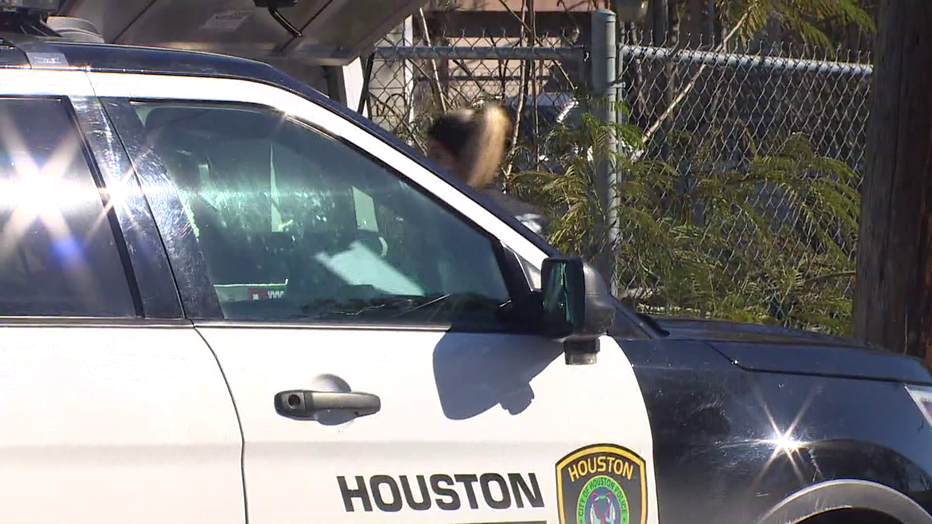 A 9 mm handgun was found in the apartment, however, with several bullet casings belonging to the gun.

Just a mile away, in the 1100 block of Chamboard Ln, there was also another person found dead along the side of the road, and it's believed both incidents are connected, but Sgt. Cass says it's not 100% confirmed just yet. From what authorities gathered, it appears the person was hit and killed, then dumped from a car and onto the street.

Currently, police have not made any arrests, but officers are speaking to additional witnesses and looking at surveillance footage as their investigation continues.