WILMINGTON, Del. - The U.S. Secret Service confirmed Monday that a plane entered restricted airspace over the weekend while President Joe Biden was in town in Greenville, Delaware.

"On May 16, at approximately 1:09 p.m., a small aircraft violated the restricted airspace in Wilmington, DE. Per standard protocol, U.S. military aircraft responded, the aircraft was intercepted, and the pilot redirected to a local airport," a Secret Service spokesperson told FOX Television Stations in a statement Monday.

According to the Delaware News Journal, the aircraft was a Grumman AA-5 Tiger. 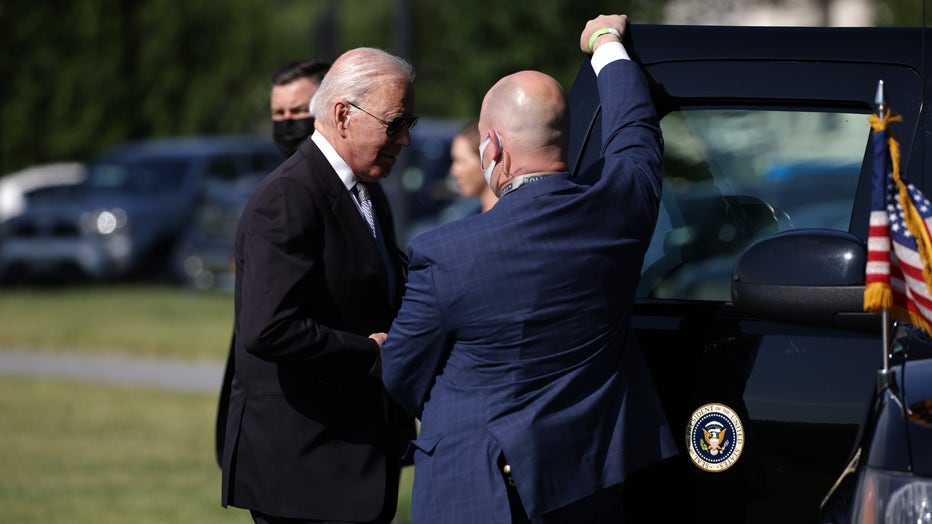 U.S. President Joe Biden walks into his vehicle on the Ellipse on May 17, 2021 in Washington, DC. The Biden’s spent the weekend at their home in Wilmington, Delaware. (Photo by Anna Moneymaker/Getty Images)

RELATED: 60% of Americans set to have received at least 1 dose of COVID-19 vaccine, Biden says

The interception involved the firing of flares, according to the media outlet.

Biden was at his home over the weekend. A no-fly zone is enacted whenever he is in town.

This is a developing story. This story was reported from Los Angeles.