The Department of Defense initially will get a relatively small batch of Pfizer's coronavirus vaccine.

The U.S. Department of Defense is expected to receive its first shipment of the coronavirus vaccine next week. Officials said health care workers, emergency service personnel, residents of military retirement homes, and a few dozen top Pentagon leaders will get top priority due to the limited supply of the vaccine — about 44,000 doses.

The Defense Department will distribute the vaccine at 16 defense sites in the United States and abroad.

"We are fortunate that DOD has weathered the storm better than most, and that is reflected in our allocation and how we are prioritizing our initial doses," Pentagon spokesman Jonathan Hoffman said. "We look forward to being able to help the country get through the coming weeks and months as the vaccine is distributed and becomes more prevalent in our communities."

Acting Defense Secretary Christopher Miller and Gen. Mark Milley, chairman of the Joint Chiefs of Staff, are among the leaders who will get a dose from the first batch, Hoffman said. Some of them will get their shots in public to set an example for everyone else. 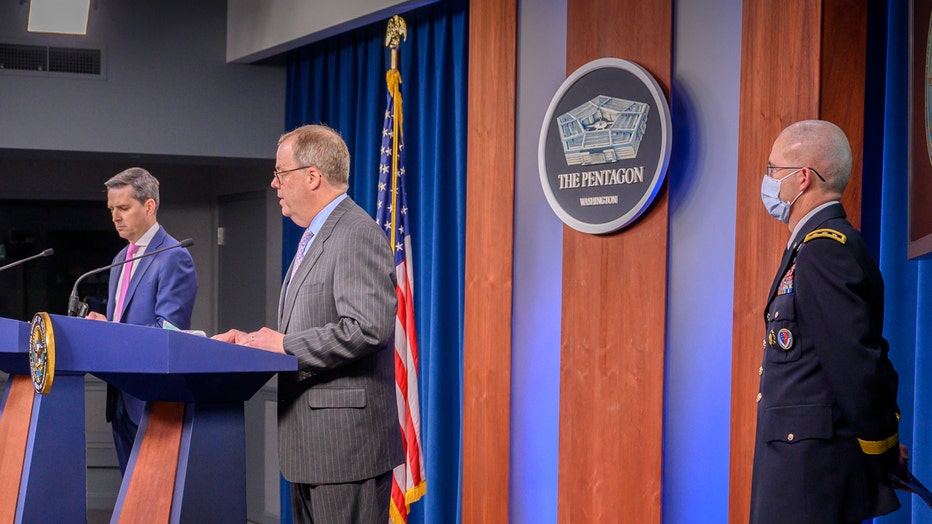 "The DOD prioritization plan is consistent with CDC guidance and prioritizes health care providers and support personnel, residents and staff of DOD long-term care facilities, other essential workers and high-risk beneficiaries to receive the vaccine before other members of the healthy DOD population," Assistant Secretary of Defense for Health Affairs Thomas McCaffery said.

The FDA is expected to vote on Thursday on whether to grant emergency authorization to the Pfizer-Biontech vaccine. Once the FDA gives approval, the first doses will be ready to go within a day or two, Hoffman said.

Initially, vaccination will be voluntary, Pentagon officials said. But it could become mandatory once the Defense Department receives a full supply.

"Our advice to everyone is to take the vaccine, just based on risk," Lt. Gen. Ronald Place, the director of the Defense Health Agency, said.

These 16 sites will administer the first round of vaccinations:

With The Associated Press