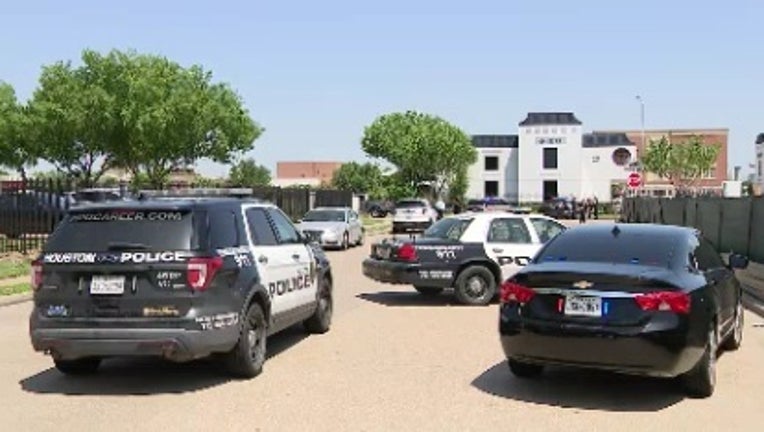 HOUSTON - A woman is dead after being hit by a car driven by a teen driver without a permit in southwest Houston on Monday afternoon.

It happened in the 9800 block of United Drive at the intersection of Sovereign around 12:25 p.m.

According to Houston Police, a gray Ford F-150 pickup truck was turning northbound onto Sovereign from the eastbound side of United, when it hit a pedestrian crossing the street.

The driver, identified as a 15-year-old girl, stayed on the scene and contacted authorities immediately.

First responders arrived and pronounced the female pedestrian dead at the scene. She was 69 years old.

HPD says the teen did not have a license or a permit to drive. She told police she stopped at a stop sign before entering the intersection.

RELATED: Teen killed after speeding car driven by woman with baby inside crashes in SE Houston

Police reported the teen driver did not show signs of intoxication. She was questioned and released, pending further investigation.

Harris County District Attorney's Office Vehicular Crimes Unit is also investigating the deadly crash to determine if any charges should be filed.

The Medical Examiner's Office is still investigating the victim's cause of death and the extent of the injuries caused by the crash. Her identity has not been released to the public.